Politics and Silences in the Historical Archive 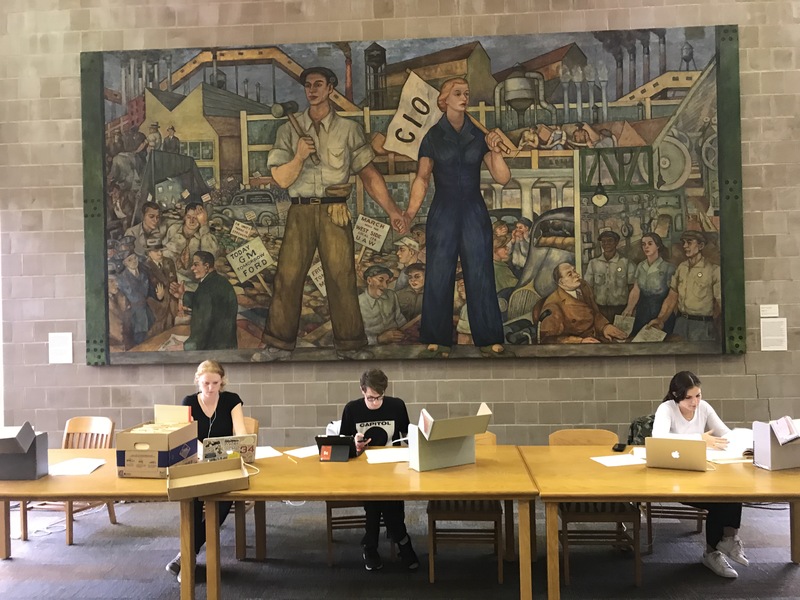 Policing and Social Justice HistoryLab team members Jamie Murray, Brendan Bernardo, and Allison Tuohy at the Walter P. Reuther Library. There, students examined the records of Mayor Jerome Cavanagh, the Detroit NAACP,  and the Detroit Commission on Community Relations, among other collections.

The goal of this project is to use archival evidence to investigate the Detroit Police Department's treatment of the citizens of Detroit from the late 1950s through the early 1970s. Because of the sensitive nature of the subject, we feel that it is important to acknowledge the limitations of this project and explain the ethical decisions we have made.

The mission of an archive is to preserve evidence of the past for future generations. Archives gather collections of original documents created by individual actors and organizations and specialize in specific time periods and themes. Our archival research was predominantly conducted at the Walter P. Reuther Historical Library at Wayne State University, whose mission is to collect archives pertaining to the history of labor unions and the social history of Detroit; the Burton Historical Collection at the Detroit Public Library, whose mission is to assemble a collection of the history of Detroit, Michigan, Canada and New France; the Bentley Historical Library at the University of Michigan, whose mission is to collect the history of the State of Michigan and the University; and the Labadie Collection at the University of Michigan, whose mission it is to collect histories of social protest.  We supplemented this research using online databases such as: ProQuest Historical Newspapers, ProQuest History Vault, Archives Unbound, ProQuest Congressional Library, HathiTrust Digital Library, National Criminal Justice Reference Service, and Nexis Uni, among others.

As we found through our research, the body of evidence from this time period is imperfect because our sources—archives, newspapers, and databases—are not politically-neutral repositories of information. People created these sources and imbued them with their individual perspectives and biases. As a result, those who had the power to preserve their perspectives in the historical record retain the power to tell the story. These absences and distortions in the historical record are known as “silences.” Through this project, we sought to uncover the silences surrounding police violence and misconduct and tell stories from the perspectives of those without power, who were often the victims of police violence.

Sixteen undergraduate students, one graduate student, and one professor at the University of Michigan created this website. We want to acknowledge our position as outside researchers looking into a community of which we are not members, during a time period we did not experience. As invested researchers, we are deeply concerned about the topic and preserving the stories and experiences of the Detroit community. As a University-sponsored project, and students of history specifically, we believe in the importance of utilizing historical accounts to better comprehend the present moment.

While we attempted to complete a comprehensive search through archives and databases, we realize that our research methods are inherently limited. The bulk of the research for this project was completed in one semester. Even with a team of eighteen people, four months is insufficient to adequately cover all avenues of research. Many of our sources are located in Detroit archives and can only be accessed in-person, at certain times. As University of Michigan students, we have the resources and time to conduct this rigorous research; however, most stakeholders and community members may not be afforded this same opportunity. 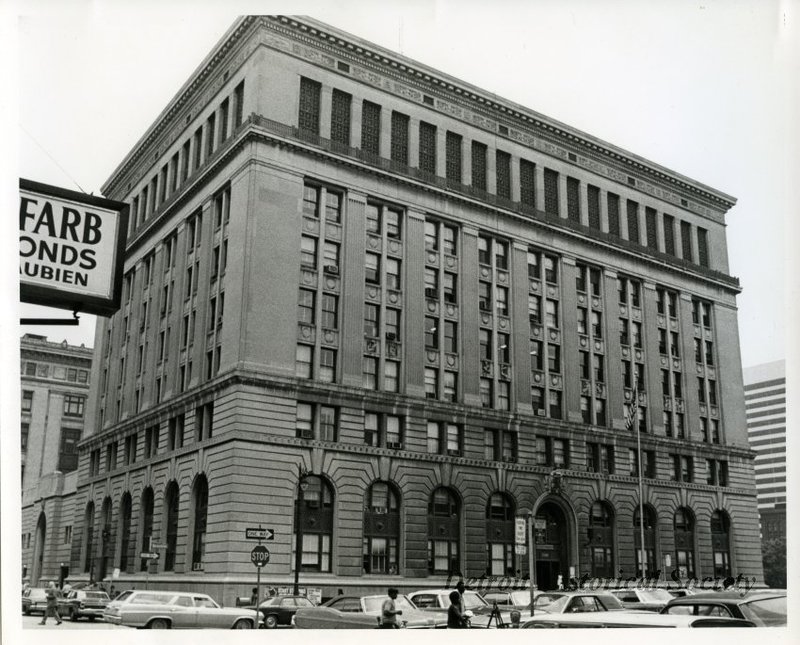 Silences in Narratives and Metadata

While the patterns we have found within our metadata have been insightful, we believe that due to silences in archives, police reports, and narratives in the news, there are more connections to be uncovered. The data we have gathered about incidents between Detroiters and the police are only a sample of the documents available in the archive, which again is a small representation of the lived realities of the people of Detroit. The people with the power to tell stories frequently overlook certain kinds of stories, distorting the historical record. Gaps that exist in one archive are likely to exist in other methods of recording as well. Just because a person does not make it into an archive or a newspaper does not make their experience any less important.

The overwhelming majority of police abuse in Detroit’s history went unreported. Citizens often did not feel comfortable reporting incidents of police brutality because they did not believe that the systems in place would fairly address their concerns. Citizens at times faced police violence and criminal charges for protesting against police misconduct and brutality.  Many DPD records are not available without an expensive FOIA request, or not available at all.  We must be critical of the reports that do exist, especially from the perspective of the state, because we now understand that police officers were often dishonest in their accounts.

Police do not keep, or at least release, public records of how many civilians are killed by officers each year, and any undertaking to track police shootings will inevitably exclude some of these persons. Through our research, we have thus far found the names of 143* civilians killed by the Detroit Police Department between 1957 and 1973 (note: some have been identified after the completion of this website and are not included yet in the maps). During this same time period, the DPD officially admits to killing 216 civilians. This means our project has identified around 66% of the total acknowleged police killings for this time period. Based on a statistical analysis of contemporary police homicides in the United States, the official total is likely an undercount by at least 25% and the real total for this time period is somewhere between 250-300 people. The public will never know the true number of deaths caused by police officers.

*The totals of 143 identified and 216 acknowledged DPD killings do not include 12 civilians killed by other law enforcement units during the 1967 Uprising.

As you go through the exhibit, please keep in mind that the accounts and people featured are real, and their stories should be respected in the way that they are both told and interpreted. In many cases, the people were victims of discrimination, harassment, and physical violence. While creating this exhibit, we have tried to preserve their dignity while also illuminating the unjust patterns and practices of policing that they were subject to.

Our data comes from newspaper articles, government records, police department reports, complaints made to civil rights organizations, and correspondence. In choosing what to include in the exhibit, we carefully considered the ethics of using people’s personal experiences, names, and addresses. Considering the large number of silences we encountered as we went through archives, we decided that excluding the names found in the archive would further perpetuate the silences that already exist. In incidents in which the victims were minors or survivors of sexual violence, we evaluated the ethics of using their stories in the exhibit on a case-by-case basis. If their name was already part of the public record, they filed their own public complaint, or a child’s parents advocated for their story to be public, we decided that it would be ethical to include their names in the narrative.

We hope that this project continually honors the lives of the people we included in the way that we intend. We aspire for this website to be an archive for the public and a living legacy of the project. The mission of this public history project is to contribute to the historical record in a way that is sensitive to the realities of Detroiters at the time. If you see your story or the story of someone you know in this exhibit, we invite you to contact us at mlassite@umich.edu with any requests for clarifications, retractions, or additions.