use of force polices also in 1971 report 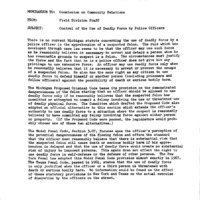 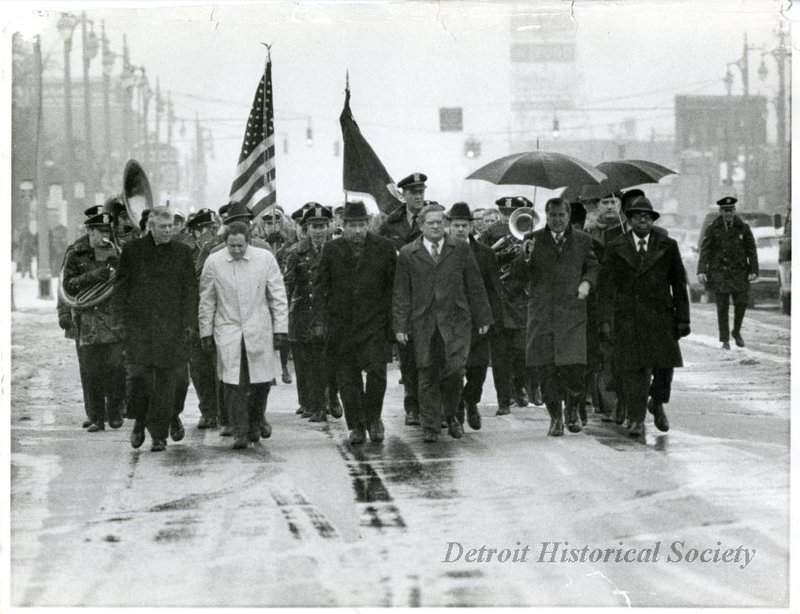 As a part of DPD’s newfound commitment to working alongside the communities that they served through committees (such as the Citizens Complaint Bureau), DPD also aimed to implement policies that would lessen feelings of antagonization among Detroit residents. While these practices were noted and claimed to be implemented, their implementation was varied. One such policy that was proposed was not changing the weapons used by the police force, but to change their visibility in police vehicles. The thought was that the visibility of weapons was thought of as Detroit residents to be a tactic of antagonization, which could be solved simply by ensuring that officers kept their firearms out of view while patrolling neighborhoods.

Use of Deadly Force

As departmental policy, deadly force was never to be used based solely on suspicion that a crime was committed. In order for an officer to justify the use of deadly force, they should have witnessed a crime, or should have enough information to know with near certainty that a crime had been committed, and that the suspect committed a crime for which deadly force is acceptable. This policy was left purposefully inspecific in order to leave room for officers to claim that deadly force was needed in instances where it was employed. Further, officers were unsure of how to qualify when use of deadly force was justified, and so by leaving this clause open-ended, officers protected themselves from public scrutiny, while giving themselves the option to employ deadly force in a discretionary manner.