3. Corruption in the DPD

A headline from the Detroit Free Press about the "Fifth Precinct Incident" (April 9, 1973) 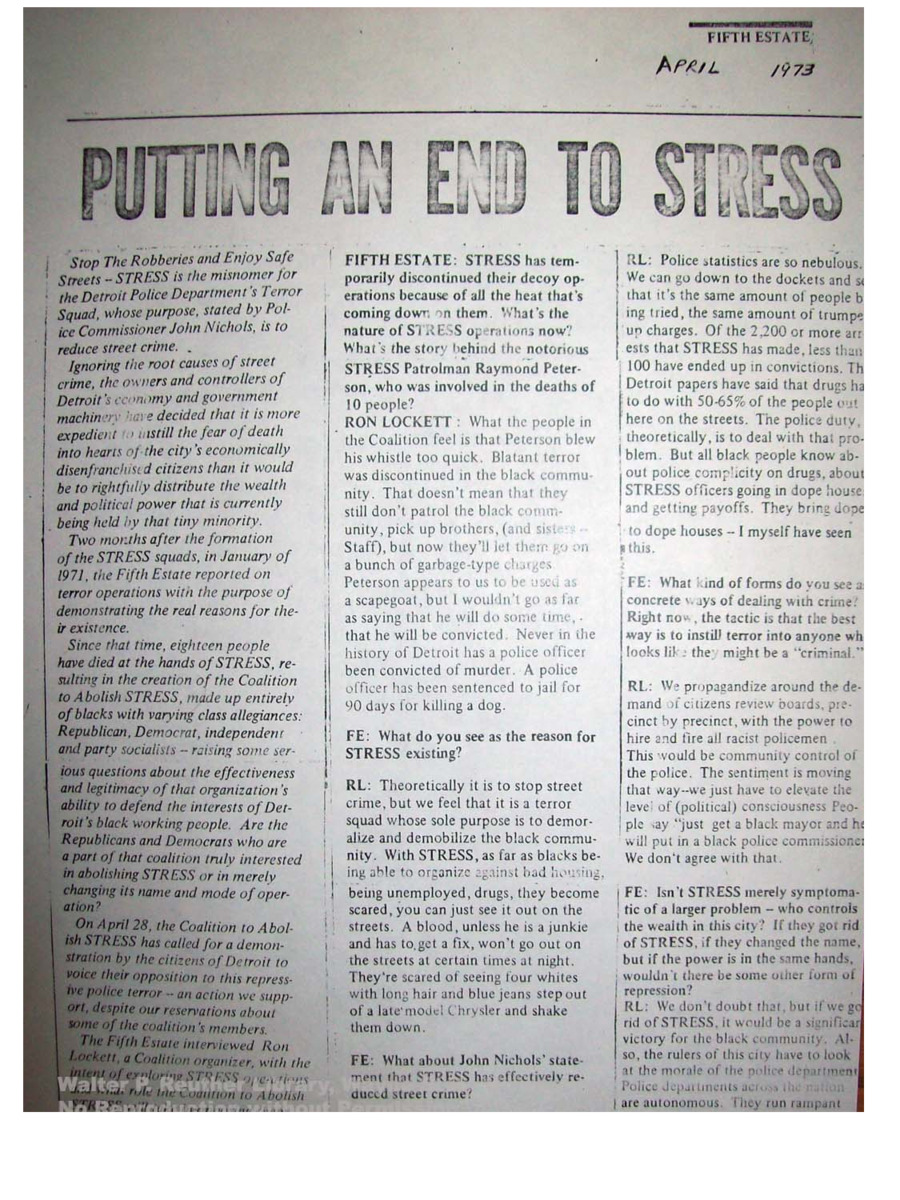 While the STRESS unit and officers like Raymond Peterson were creating a stir in Detroit, DPD's problems didn't begin or end with STRESS. As the country got tougher on crime, so did Detroit, and oftentimes the "toughest" policing practices were also unconstitutional. Some were implemented by the department, like intense surveillance and high arrest rates, while others were committed by individual officers. Even among off-duty officers, police misconduct was rampant, and while some parties would say poor work conditions on the force were the cause, others would argue that racism or a lack of training were to blame.

When it came to internal police conflicts and general policing around Detroit, both civilians and Black officers filed various complaints and began organizing. A few specific events, the Rochester Street Incident and the Pingree Street Conspiracy especially, led to questions and concerns over transparency from the community. This section will discuss those specific events and patterns of police misconduct and corruption that DPD experienced both within and outside of STRESS. One of the most widespread but secretive types of misconduct performed by DPD was its surveillance of Black political organizations. The map below shows just a handful of the instances of Detroit Police officers spying on these organizations. Click on the black dots on the maps for more information on these incidents.