This page is still under development.

In fewer than three years of operation, at least 19 people were killed by STRESS, and Detroit was named the city with the most policing killings of civilians in the nation. Three STRESS officers also died on the job during this period, and the total of 19 fatalities includes one law enforcement officer killed by a STRESS unit. In honor of the people whose lives were cut short due to the undercover plainclothes unit, we have included each of the victims' names, and are working to construct a collection of photographs, information, and annecdotes on how each person lived, before they were murdered by STRESS. We have also included a map detailing the deadly encounter that led to the deaths of each of the 19 Detroiters killed.

Details on a few suspicious killings in Ramparts piece by Kohn

STRESS officers killed on the job 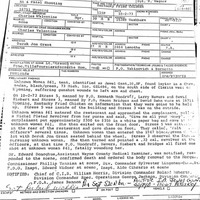 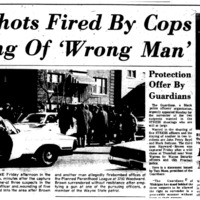