Neglecting the Deaths of Black Officers

From 1970 to 1985, 31 members of the Detroit Police Department died in action and have since been recognized as fallen officers.  Within these cases,  some were accidental deaths and some were a result of gunfire and vehicular incidents. Similar to many other cases of fallen officers across the country, many of these cases were investigated at depth and in cases where there were assailants, those perpetrators were arrested and convicted to serve extensive prison time. However, some of these cases stand out as being suspicious in nature. There is speculation that in the late 20th century, the Detroit Police Department were intertwined in a number of ways with illegal narcotics groups of the time.  The murders of Ulysses Brown, Gerald Morrison, and William Green were among those that were of a suspicious nature and appear to have been being investigated poorly by their own department.

The Murder of Ulysses Brown 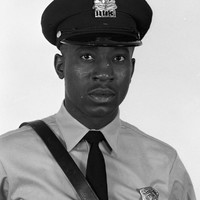 On August 20, 1971, Ulysses Brown was found shot to death in an alley off Jefferson and Lemay at 5 AM.  He was found six blocks from the 5th Precinct station on Detroit East Side. His body was found due to an anonymous call to police at 4:07 AM.  Police were only able to identify Brown's movements prior to 5 PM the day before. Throughout his time as an officer of the Detroit Police Department, Brown had received three citations. Homicide inspector, Robert Slotke, stated following the discovery that he believed that Brown was slain in a robbery. Brown’s pockets were turned inside-out and were found to be empty. Brown had been assigned to the East Side Morality Squad and was off-duty at the time of his murder. On September 2, 1971, police arraigned Valerie Jenkins for the murder of Ulysses Brown. Police never released any information as to why they connected Jenkins to Brown but they did state that they were also looking for two men in connection with the murder. By October 25, 1971, police had dismissed their case against Valerie Jenkins stating that the investigation proved that Jenkins was not involved in the death. At this time the Detroit Police Department in collaboration with the Detroit News’ “Secret Witness” Program posted a reward of $2,500 for information that would lead to an arrest and conviction in the murder of Ulysses Brown. Police released information on two suspects that were seen getting into a 1964 Black Chevrolet Convertible with a black top. The suspects were described as one white man with long red hair that walked with a limp and was seen carrying a shotgun and a black man with an afro that was also seen carrying a shotgun. Ulysses Brown’s murder has never been solved and no one has been arrested for the crime since Jenkins. One of Brown’s daughters, Renee Hall - who was 6 months old as the time of the murder,  went on to become the first female police chief of Dallas, Texas. Hall said in an interview about the murder “I think it was probably some real lack of oversight, and then my dad ended up dead,”. It is incredibly unusual for a police officer to be murdered and for that case to be unsolved. Brown’s work in the Morality Unit, a unit known for targeting sex workers and illegal gambling rings, leads to suspicion surrounding the investigation of his murder as it is believed that the Detroit Police Department was connected to these criminal rings and therefore may have not investigated this case to its full extend.

The Murder of Gerald Morrison 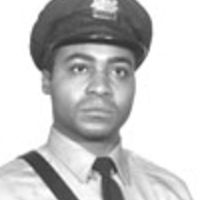 On March 11, 1974, Police Officer Gerald Morrison died as the result of a shoot-out between himself and his partner and the owner of a bar. Morrison had worked for the Detroit Police Department for just over 2 years and was patrolling with his partner, Franscott Fowler, on a Monday evening around 10:00 PM when they spotted someone that was believed to be a suspect in a recent armed robbery. The officers saw the suspect walk into the Blue Flame Lounge at 17199 Dequindre Street and decided to follow. The Officer Down Memorial Page reported that the bar was known for drugs, gambling, and serving alcohol after-hours. The officers were both in plain-clothes at the time and Morisson allegedly walked in with his hand on his holstered pistol. It was at this point that the bar owner, Walter Brown, mistook the officers to be “holdup men”. Witnesses disagreed on who fired the first bullet but it was not long after the officers entered the bar that the shoot-out ensued. After the chaos, it was discovered that  Brown had shot Morrison and that Fowler had shot Brown and another customer. The customer survived but Morrison and Brown were fatally injured. Morrison died of two bullets to the chest and had a fractured skull from a blow to the head. Following the incident, Fowler told police that Brown still wheeled his gun after Fowler had told him that they were police officers. Police later said that the officers followed procedure and Police Commissioner, Phillip G. Tannian, called it “an unfortunate incident”. Morrison was buried in a military-style ceremony which was attended by 500 comrades. Police dismissed the case as a tragic accident despite the bar having connections to illegal activity and the fact that the bar owner still fired his weapon after he was informed that the men were officers. No reports explained what happened to the suspect of the armed robbery or any of the activities that may have been taking place in the bar. It was not unusual for police at this time to protect certain establishments at a cost and bars were well-known for paying for police protection. Morrison’s murder is still believed to have just been an accident and no further steps were ever taken in this case.

The Murder of William Green 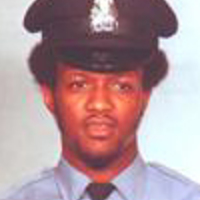 William Green was shot and killed on March 29, 1982, while out on patrol with his partner Eric Byers. The officers were patrolling looking for people who were breaking the 10 PM city-wide curfew when they stopped to question a group of six male teenagers in front of the Ambassador Convalescent Center at Woodward Avenue and Leicester Court. While talking to the group, a teenager we spotted across the street by one of the offices and subsequently called over to the group. The boy, Cary Goins, pulled out a gun and fired point-blank at William Green hitting him the head. Green fell against a parked car and was then taken to Detroit Receiving Hospital where he died just off to 8 a.m. on March 30th. Byers was also shot in the right shoulder but survived his injuries. Goins and the group then ran away. Both of the officers were in plainclothes and neither was wearing a bullet-proof vest. At the time of the shooting, Green and Byers were in the Special Crime Section of the Youth Crime Unit and were reportedly investigating Young Boys Incorporated (YBI), a local street gang that would distribute narcotics across the city. Investigating officers found and arrested Goins quickly after the crime.  He confessed to the shooting and claimed that when he ran away he threw the gun into a parking lot - but police were never able to find it. Although there were reports that Goins was a high-ranking member of YBI, Chief Hart said there was no information that definitively linked Goins to YBI. When interrogated by police, Goins stated that he thought the officers were trying to hurt his friends and that he did not identify the men as officers. At the time of the shooting, Goins was 17 but he was charged as an adult. In November of that year, Goins went to trial for the murder of Green and the attempted murder of Byers. Despite the evidence being clear that Goins committed the crime, the jury took 2 hours and 40 minutes to convict him of involuntary manslaughter, assault with intent to commit great bodily harm less than murder and using a firearm during a felony. The jury foreman later stated that there was a lot of doubt in their minds about Goins’ intent and that was why they could not convict him of murder. Whether nor not there was information that never made to the public, there are still many questions surrounding this incident. Green’s partner, Byers, said that he didn’t think Goins wanted to kill him because after shooting Green in the head, he only shot Byers in the shoulder before running away. It was also never proved that Goins was a member of YBI and was acting on “gang instructions”. The most peculiar aspect of this case is that William Green was famously attacked outside of the Federal Building in Detroit by white police officers protesting for the DPOA in 1975. The DPOA had a lot of power in Detroit at this time and they would have had reason to dislike Green following the negative attention they received for the attack. The case was closed when Goins was convicted but it is still not clear why a 17-year-old boy would run up to two strangers at night and fire on them. It is also very unusual that the killing of a police officer would not result in a more serious conviction upon the perpetrator. It is likely that Goins would have received a more serious sentence had Green been a white officer.

Goins is Convicted in Killing of Officer, The Detroit Free Press Archives, November 12, 1982