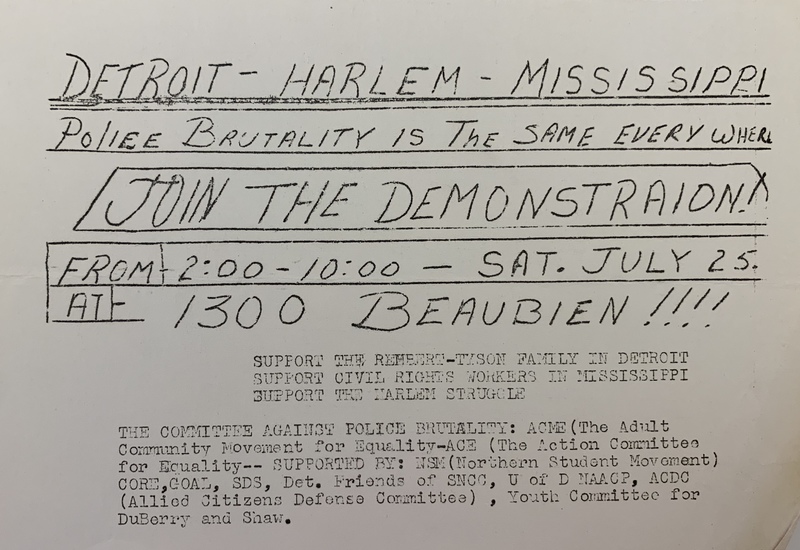 During the mid-1960s, the nation watched as tensions in cities erupted into violence between police officers and citizens. In 1964 it happened in Harlem, New York; in 1965 it happened in Watts, Los Angeles; in 1966 it happened in Chicago. Each year in Detroit, rumors circulated about a “long, hot summer” and newspaper headlines asked, “Will Detroit Become the Next __?”  While these conflicts often began with encounters between white police officers and African American civilians, they had deeper, systemic causes. African American residents had unequal access to housing, jobs, and other resources in the Jim Crow North, most lived in racially segregated neighborhoods in the poorest sections of the city, reflecting a national pattern.

President Lyndon B. Johnson declared a War on Poverty in 1964 and then a War on Crime the following year, linking the causes of crime to urban poverty. Liberal politicians in cities across the U.S. took this mandate and federal funding to start social welfare programs as a means to quell widespread simmering racial tensions. In Detroit, Mayor Jerome Cavanagh’s liberal administration created anti-poverty programs such as Total Action Against Poverty (TAP) to provide economic support to communities in need. The Cavanagh administration also funded youth programs and community engagement outings to address what it viewed as criminal 'pathology' within impoverished African American neighborhoods. A coalition of black community leaders from churches, block clubs, and civil rights organizations supported Cavanagh’s social welfare policies, but a growing number of young African American Detroiters felt that the solutions they offered were inadequate.

Mainstream civil rights groups such as the NAACP and Detroit Urban League continued to push for reform of the Detroit Police Department. These groups hoped that police-community relations would improve by professionalizing the police force, reforming the review board for civilian complaints, and providing human relations training to emphasize color-blind policing. Because white officers on the streets resisted these policy changes, the liberal reform agenda failed to make substantial changes to police-community relations, and Detroit police officers continued to use excessive force to subdue civilians. In late 1964, Commissioner Ray Girardin restructured the Citizens Complaint Bureau to give Detroiters who experienced police harassment and brutality an outlet, but the agency rarely recommended discipline of offending officers. 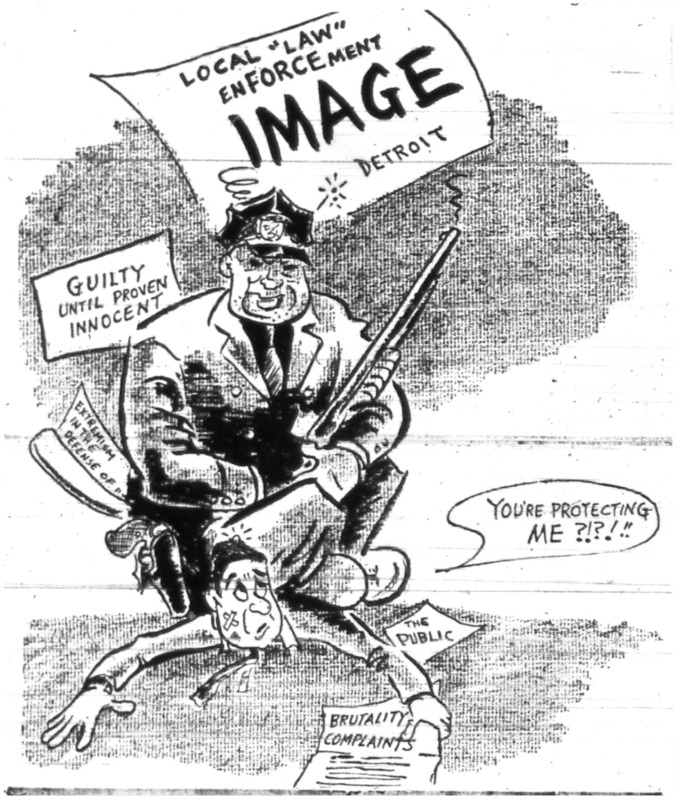 Despite pressure from civil rights groups, police officers continued to racially profile African Americans in Detroit through stop-and-search policing, later to be called stop-and-frisk, as a common method of crime prevention and interrogation. Despite a DPD order that finally ended the longstanding illegal practice of investigative arrests, officers rarely waited for probable cause before searching people on the streets. Mayor Cavanagh and the City Council passed a number of ordinances promoting discretionary police tactics that restored officers’ authority, giving them the ability to search and question those suspected of minor infractions. Discretionary ordinances gave police a formal mechanism to monitor the behavior of, and therefore criminalize, already marginalized African American communities. Instead of focusing on prevention of violent crime, law enforcement policed the social behavior of young black males on the street, targeting what they deemed a latent criminal pathology.

In July 1965, Commissioner Girardin created the militarized Tactical Mobile Unit (TMU) to control crowds--at a time of increasing civil rights protests--and to enable plain-clothes officers to move more effectively among the civilian population. By surveilling the streets without badges, officers could target “criminal” behavior. While explicitly designated to assist with “riot control,” TMU officers frequently surveilled political activists and subdued protests against police brutality, which only escalated the racial tensions in the black neighborhoods of Detroit. The TMU also frequently utilized traffic stops to detain and search African Americans in Detroit, a practice of criminalization that led to more incidents of police brutality, criminal records for minor infractions, and worse "police-community relations."

The term “liberal” encompassed a wide variety of political viewpoints in the mid-1960s, and most liberals would be considered political moderates on today’s spectrum. In Detroit, liberals were most commonly members of the middle class and upper middle class and included citizens of all racial backgrounds. Tenets of 1960s liberalism included: strengthening social welfare programs, eradicating poverty and crime through increased educational opportunities, and promoting public and private racial integration. Liberals in Detroit believed in police reform and supported investigations of police brutality, but Mayor Cavanagh and most other white liberals resisted the civil rights demand for civilian review and control of the investigation process. The Cavanagh administration believed--wrongly, as it turned out--that a police department reformed by liberals in power could police itself and stop dispensing racist justice in black neighborhoods. Yet at the same time, the Cavanagh administration and also a number of middle-class black leaders believed that police needed the discretion to control the 'criminal element' in poor black neighborhoods. 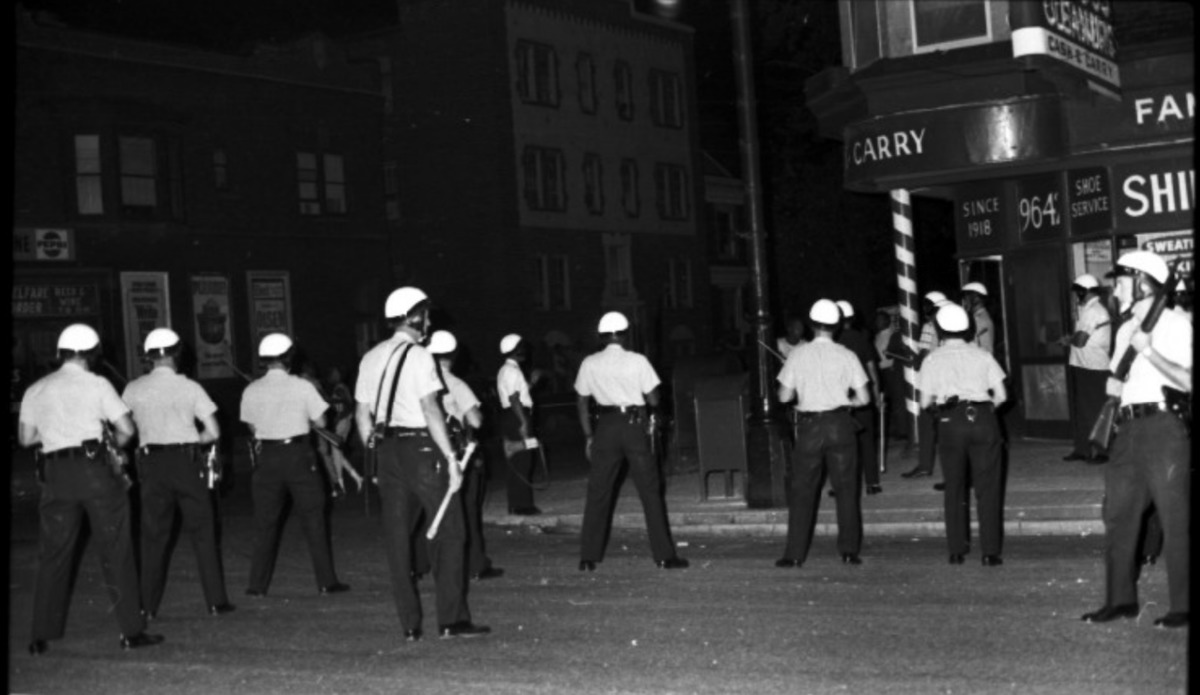 Liberalism was a political viewpoint of the collective middle class, while the bulk of police brutality and racial injustice in Detroit occurred in heavily impoverished areas. During the mid-1960s, the failure of liberalism to end poverty, dismantle segregation, and reform the police led to the growth of black power organizations in Detroit, including a militant anti-police brutality movement. Newly established organizations such as the Adult Community Movement for Equality (ACME), and later the Afro-American Youth Movement (AAYM), mobilized young black people in poor areas around police brutality and called for resistance, sometimes through direct confrontation.

In August 1966, police ordered a group of ACME and AAYM members gathered outside their headquarters to “move on.” Their resistance resulted in a four-day “mini-riot” on Kercheval Avenue, known as the Kercheval Incident. White politicians praised the police for showing restraint and preventing the disturbance from growing into a a Watts-style riot. The DPD’s success in quelling this incident gave the police and the city government a false sense of confidence that they would be able to prevent a major racial disturbance in Detroit.