The Detroit Police Department (DPD) had long used the illegal practice of "investigative arrests" to solve routine crimes, and to criminalize innocent African Americans through racial profiling. The DPD trained officers to arrest people who seemed "suspicious" and could potentially threaten public safety. An investigative arrest was, by definition, a "station-house detention, often on less than probable cause, for the purpose of interrogation." The policy was illegal, and quite common.

In December 1960 and January 1961, the DPD and the city government declared a war on crime and implemented a "crash program" following the deaths of two white women in street assaults. In those two months, the DPD arrested around 1,500 innocent African American men for suspicion in the murder investigations and larger crime war. 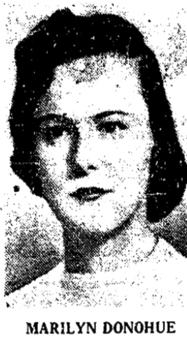 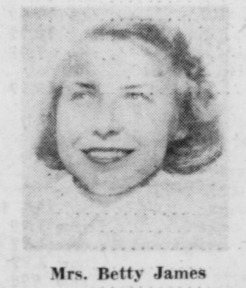 On December 7, 1960, Marilyn Lou Donohue, a 23-year-old woman, was on her way to work at the Robert C. Engel Company when she was brutally attacked, stabbed and robbed. The attacker, whom the police described as a "black man with a trim mustache wearing dark, shabby clothes," stabbed her repeatedly and left her for dead. Donohue was taken to the hospital and died on the operating table. The DPD immediately began making mass arrests of African American men and torturing suspects to try to solve the Donohue murder. This was minor compared to what would happen next.

Three weeks later, on December 28, the Detroit Free Press reported the brutal beating of 26-year-old Betty James, a nurse and mother of three. James was attacked as she was walking to work at Receiving Hospital. She later died, following surgery. The Free Press portrayed James's beating as the latest in "a wave in murders, rapes and purse snatchings, mostly unsolved, that have plagued Detroit in recent months." Betty James was the fourth white woman attacked by "Negro men" in the past month, according to the police. The attacks took place in the business district along Woodward Avenue that also served as a racial dividing line between white and black neighborhoods in Detroit. The DPD went on high alert, and the media coverage was intense.

Mayor Louis Miriani and Police Commissioner Herbert Hart implemented a "crash program" to solve the string of violence crimes and address the growing public fear. Hart told the city that "we have redeployed manpower until the only further step we could take is to put a policeman on every corner." Miriani added, “We have got to use stronger measures. We have got to make the streets safe for everyone. The time has now been reached to realize this thing is not spasmodic." The mayor ordered police to work overtime, six days per week, and to flood the "high-crime" areas--which meant the business district and poor black neighborhoods. Miriani told Detroiters:

"The orders to the police officers were specific and direct. They were instructed to be extra alert for unusual circumstances, . . . [to] alert themselves to those persons who were in odd places at odd hours without any reasonable explanation"-Mayor Miriani 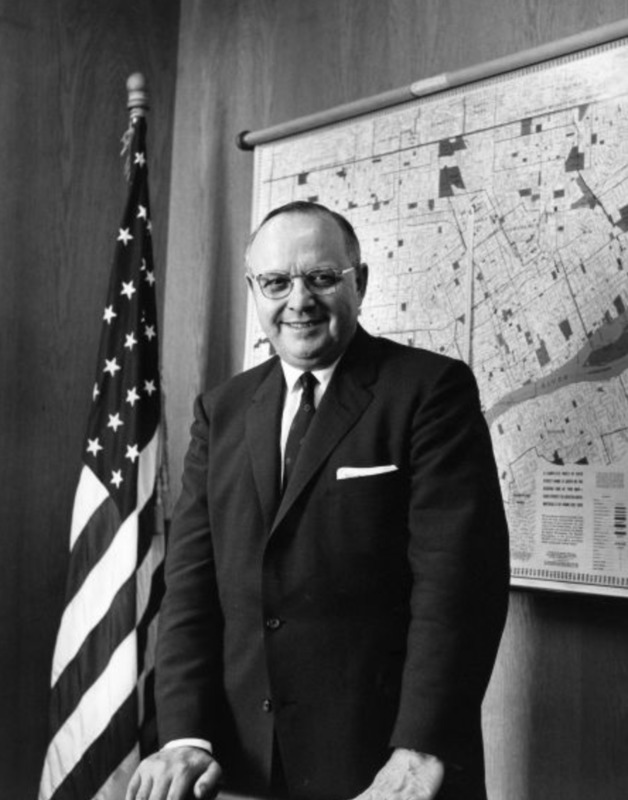 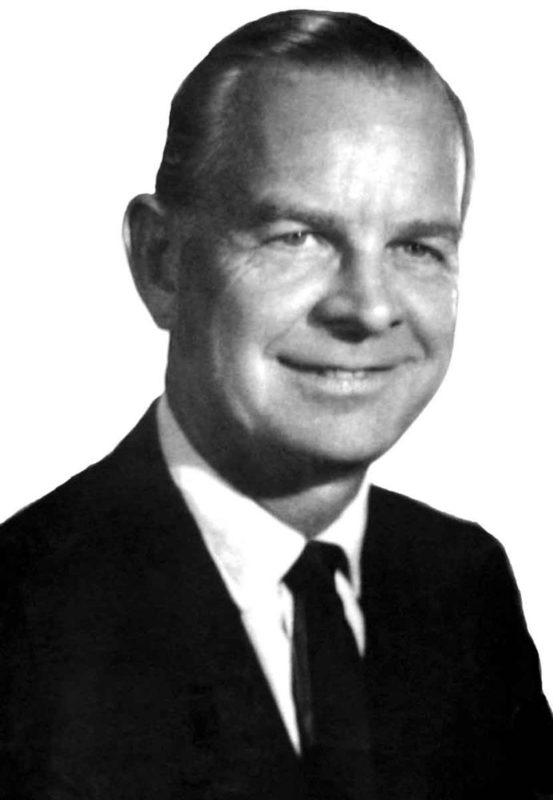 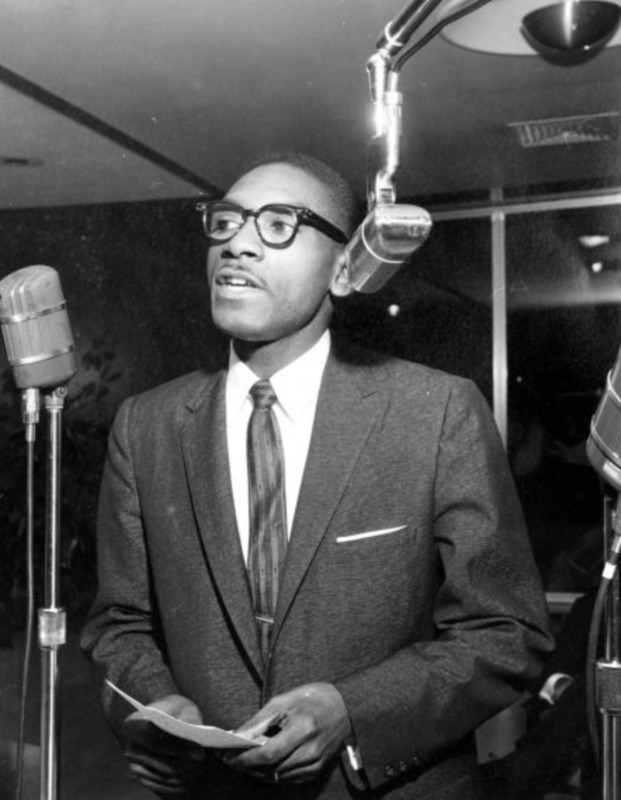 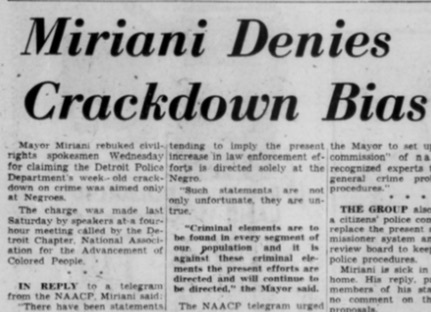 Through the "crash program," the Detroit Police Department arrested around 1,500 African American men in a two-month period. All were innocent of the murders in question. The police detained 1,165 African American males on suspicion of murder in the most intense part of the crackdown, the ten days from Dec. 27, 1960, to Jan. 5, 1961. Many of these innocent suspects spent up to 72 hours in custody--which DPD policy allowed for 'investigative' purposes--before release. The DPD continued to hold forty of these "suspects" as of January 5. There is strong evidence that DPD officers tortured a number of these black men in search of confessions or information; the full scope of the brutality and torture inside precinct lock-ups and other emergency holding areas is unknowable.

The DPD also developed more than 150,000 "street contacts" in African American neighborhoods and in the racially integrated commercial district along Woodward Avenue. All were black men and juveniles who fit the general description of "Negro male" in his mid-20s. The DPD boasted of its extensive program of street contacts, a tactic that would later be known as stop-and-frisk, in order to reassure Detroit's white community that the police were going all out to solve the crimes. Superintendent Louis Berg, Jr., denied charges that the DPD was operating with racial discrimination and defended the mass arrests and targeted focus of the crash program because the suspects were black men.

"The police did not make up the descriptions. They were given to us. . . . We are not interested in the color of the criminal, but in protecting the community, the whole community. Our job is to prevent crime and apprehend the criminal"-DPD Superintendent Louis Berg, Jr., Jan. 11, 1961 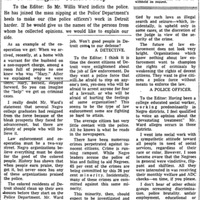 Rank-and-file DPD officers also defended the intense police focus on the "Negro crime" problem. In response to criticism from civil rights leaders, several officers wrote the Detroit News (right) to allege that "65 percent of the crimes are being committed by this [Negro] minority," a statement also made several times by the police commissioner. These officers said "the colored residents of Detroit should clean up their own houses" before criticizing the police department and declared that black citizens "should expect to be investigated and should not consider it a breach of their rights," because the DPD was focused on where the criminals were, in the black areas.

On January 11, Commissioner Hart ended the state of emergency but maintained vigilant crackdown tactics. At the end of January, Hart called the crash program an "unbelievable success" and claimed the crime rate had fallen 30% in one month. He ignored the facts that crime rates always declined in the freezing month of January and that the DPD's 150,000 "street contacts" and around 1,500 illegal arrests had only led to four court cases. The DPD never found the killer of Marilyn Lou Donohue. They did find Betty James's alleged killer in late January, weeks after the crash program ended and through more evidence-based detective methods.

During the crackdown, a white DPD officer, Donald Ogle, shot and killed Lawrence Paul, a 21-year-old African American male, on suspicion of stealing from a parked car. The Wayne County prosecutor ruled the case to be a justifiable homicide a couple of hours later, after a cursory investigation that involved asking Ogle to make a statement.

African American leaders in Detroit denounced the crackdown as an illegal operation based on racial prejudice and re-issued demands for a civilian review board to oversee police misconduct and brutality. NAACP leader Arthur Johnson, who only weeks earlier had testified about the DPD's brutal and racist tactics to the U.S. Civil Rights Commission, led the black community's resistance to the crash program. Johnson was also pulled out of his car at night and searched for weapons by DPD officers as part of the operation, which Superintendent Berg, the architect of crash, praised as "good police procedure." Black religious, civic, and political leaders also joined forces in opposition. (For the full story, please see the Countering Crash page).  William Patrick, who was elected in 1957 as the first African American member of the Detroit City Council, stated:

"The old-fashioned methods of arresting persons who had not committed a crime in the presence of an officer, or who are not reasonable suspected of the commission of a crime by the officer, is illegal"-Councilman William T. Patrick, Jr.

The Michigan Chronicle, Detroit's African American weekly, covered the crash program very differently from the white newspapers but also emphasized that the black community too was frustrated by the increase in crime (above headline). However, the Chronicle argued that the indiscriminate harassment of black men was wrong and would backfire, creating a schism between the black community and the DPD without being effective as crime control. When Commissioner Hart named a poor African American neighborhood near the hospital where Betty James worked as the "high crime area" that would be most heavily policed and targeted, the Michigan Chronicle reported that the entire black community resented the "blanket labeling of the central city district as the crime area, when as a matter of fact some of the largest business and cultural establishments in the entire city are located in the area."

The pushback against the crash program escalated as the crackdown continued into January 1960 and more and more African Americans were unfairly interrogated, searched, arrested, and brutalized. Little did Commissioner Hart and Mayor Miriani know, but their crash program would lead to their fall from power. The unjust implementation of mass investigative arrests mobilized the African American community, which voted Miriani and his commissioner out of office. Crash would prove to be a major turning point in the civil rights movement in Detroit, but it also left lasting scars.

"The relationship that existed between the black community and the police department was a lack of trust— there was no trust whatsoever"-Isaiah McKinnon, former DPD officer

Isaiah (Ike) McKinnon, who grew up in a segregated Detroit neighborhood and joined the police force in 1965, reflected on the message that the crash program sent to African Americans in a 2019 interview with our project.