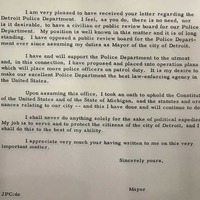 The civil rights proposal to create a civilian review board elicited major opposition and backlash from many white residents of Detroit. Mayor Cavanagh, though elected as a liberal reformer, also opposed a civilian review board. Under this proposal, a group of civilians would directly oversee and investigate allegations of misconduct by police officers and weigh in on suspensions or firings of officers following cases of police brutality. Mayor Cavanagh and DPD leaders were joined in their opposition by many white residents of Detroit and its suburbs, who flooded the mayor's office with letters defending the DPD's policing in black neighborhoods and urging him to stand against the CRB.

As context for this outpouring of white opposition to the civil rights position on police reform, it is important to note that Detroit was a highly racially segregated city in the 1960s and also that a majority of white residents of the city voted for the Homeowners' Rights Ordinance in the 1964 election, an ultimately unconstitutional measure that defended their right to live in segregated neighborhoods and to refuse to buy or sell property on the basis of race.

Below is a compilation of letters sent to Mayor Cavanagh supporting the Detroit Police Department and opposing the creation of a Civilian Review Board. The caption includes the date of each letter and a brief excerpt of its contents. 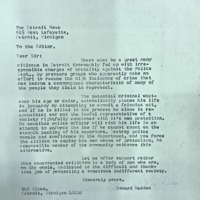 12-31-64 "There must be a great many citizens in Detroit thoroughly fed up with the irresponsible charges of brutality against the Police Dept." 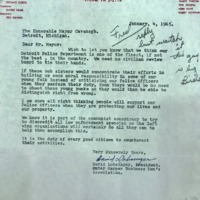 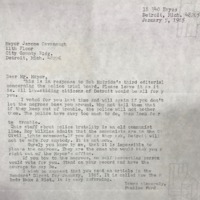 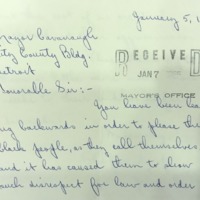 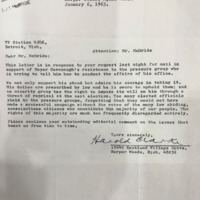 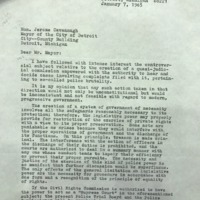 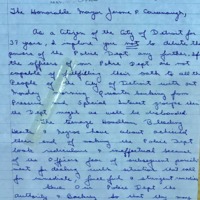 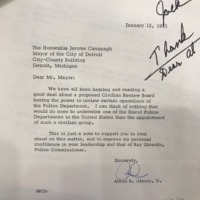 1-12-65 "Nothing.. would do more to undermine one of the finest Police Departments in the United States than the appointment of such a civilian group" 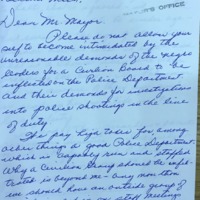 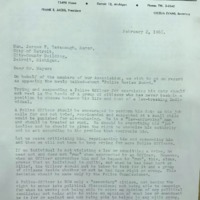 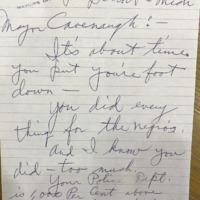 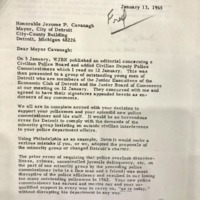 Mayor Cavanagh did receive a few letters from citizens who favored the CRB, but the sheer quantity of angry white letters drowned any support. The overall message of the letters was clear: minority groups had no right to pressure the mayor into instituting any sort of civilian oversight of the DPD. White Detroit was vehemently opposed to the almost all-white police department being limited by the demands of the civil rights movement. This sort of racial divide characterized Cavanagh's terms as mayor. He depended on the support of both white and African American citizens and sought to walk a tightrope by supporting limited reforms and calling for equal treatment under the law, while escalating the war on crime and militarizing police operations in poor black neighborhoods.