The two main categories of photographs in the "Riots and Protests. Detroit 1967" collection at the Michigan State Archives are laudatory images of Army troopers and National Guardsmen in the military occupation and aerial images of building rubble and property damage in the so-called "riot zone." The following mostly aerial images, taken by photographers employed by the Michigan National Guard, sought to document the devastation caused by African American 'arsonists' and 'rioters.' As snapshots of this historical event, they also operate to criminalize Black Detroit and blame the African American residents of the neighborhoods in question, who are mostly unseen in these photographs but implicitly marked as criminals, for the expensive damage they caused. Note, though, that many photographs include significant automobile traffic and African American pedestrians, indicating the continuation of everyday life during the events of late July 1967.

These photographs, alongside the mostly staged images on the previous page of National Guardmen defending the city's business establishments against looters, demonstrate that documenting property damage mattered far more than documenting police brutality or the loss of civilian life during the Detroit Riot/Rebellion/Uprising of 1967. The captions in the images below are the captions on the back of each photograph in the collection in the Michigan State Archives, to which the Michigan National Guard donated these historical documents. 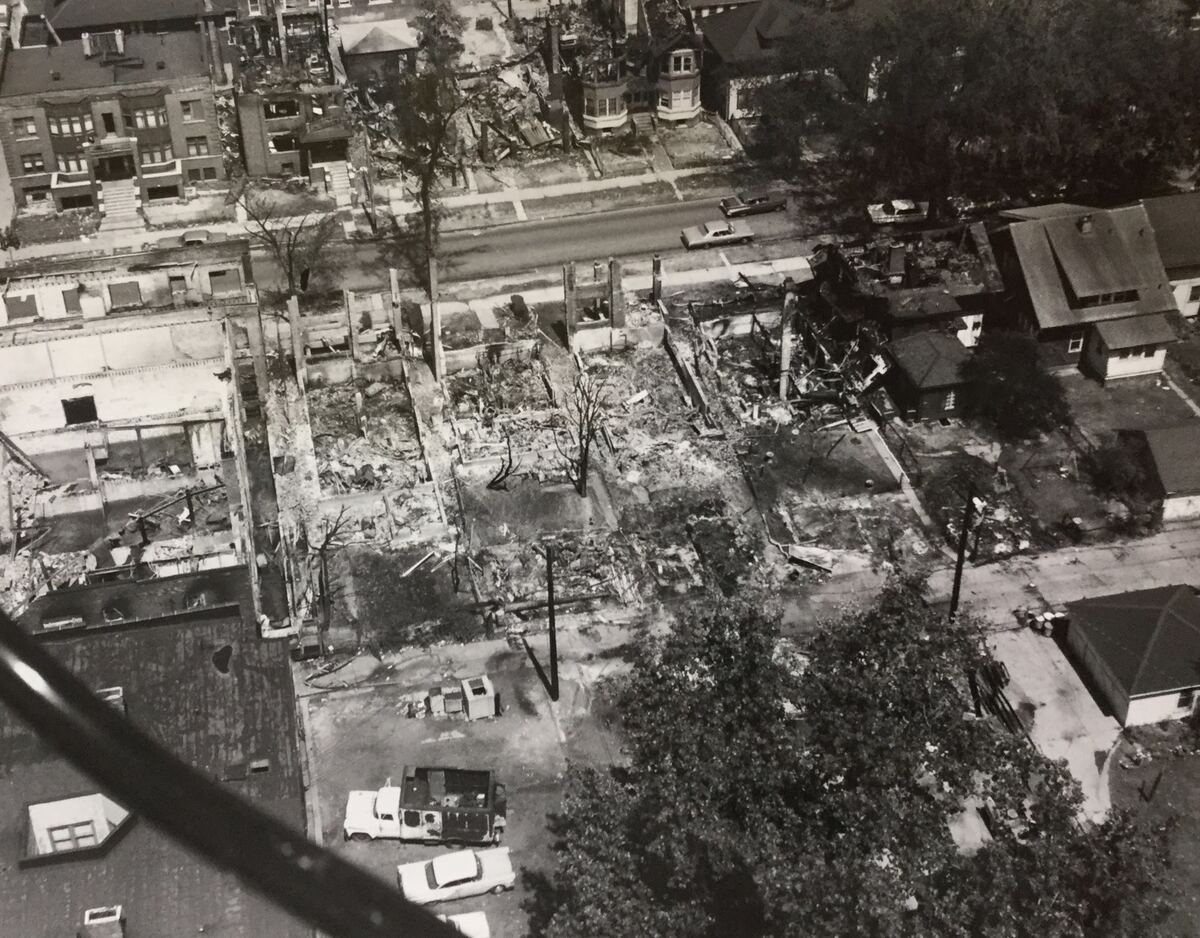 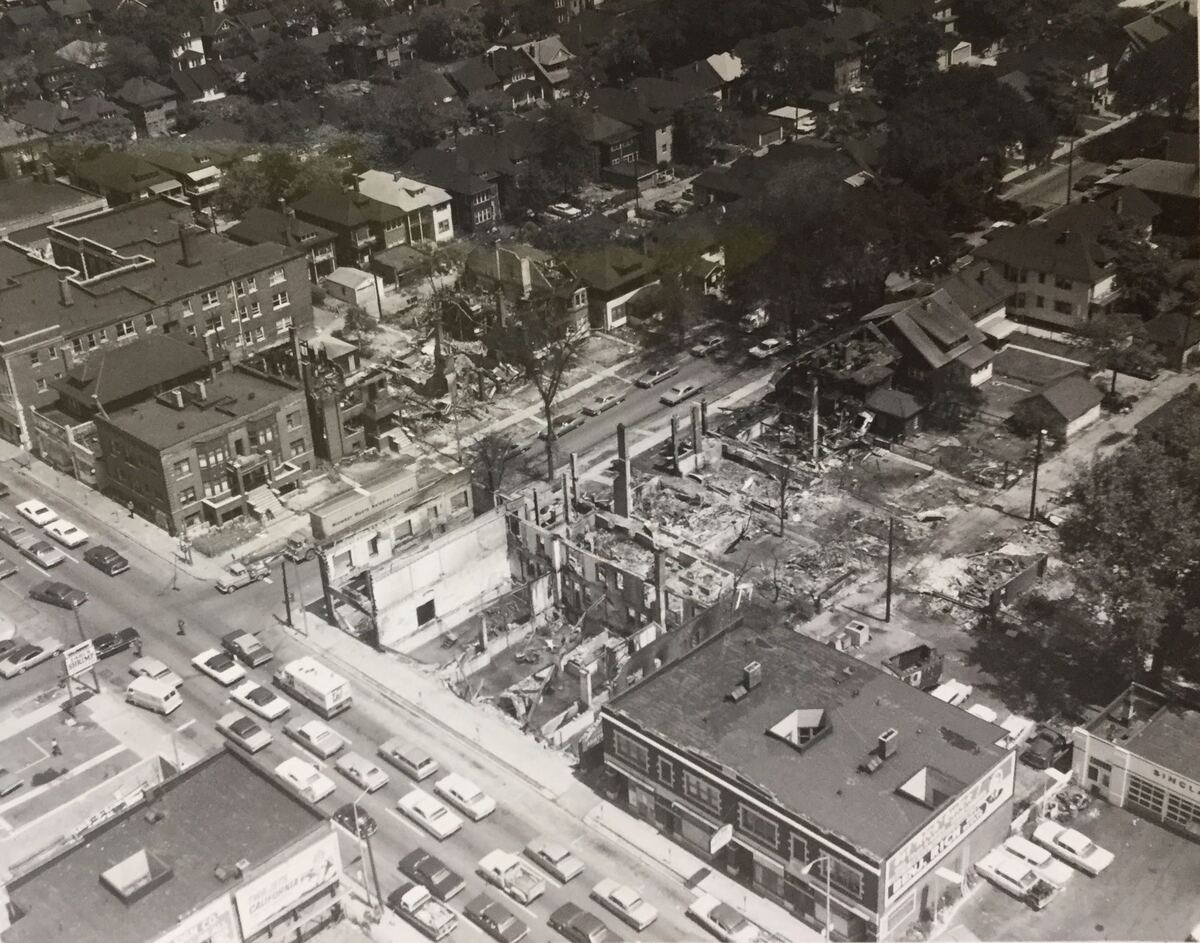 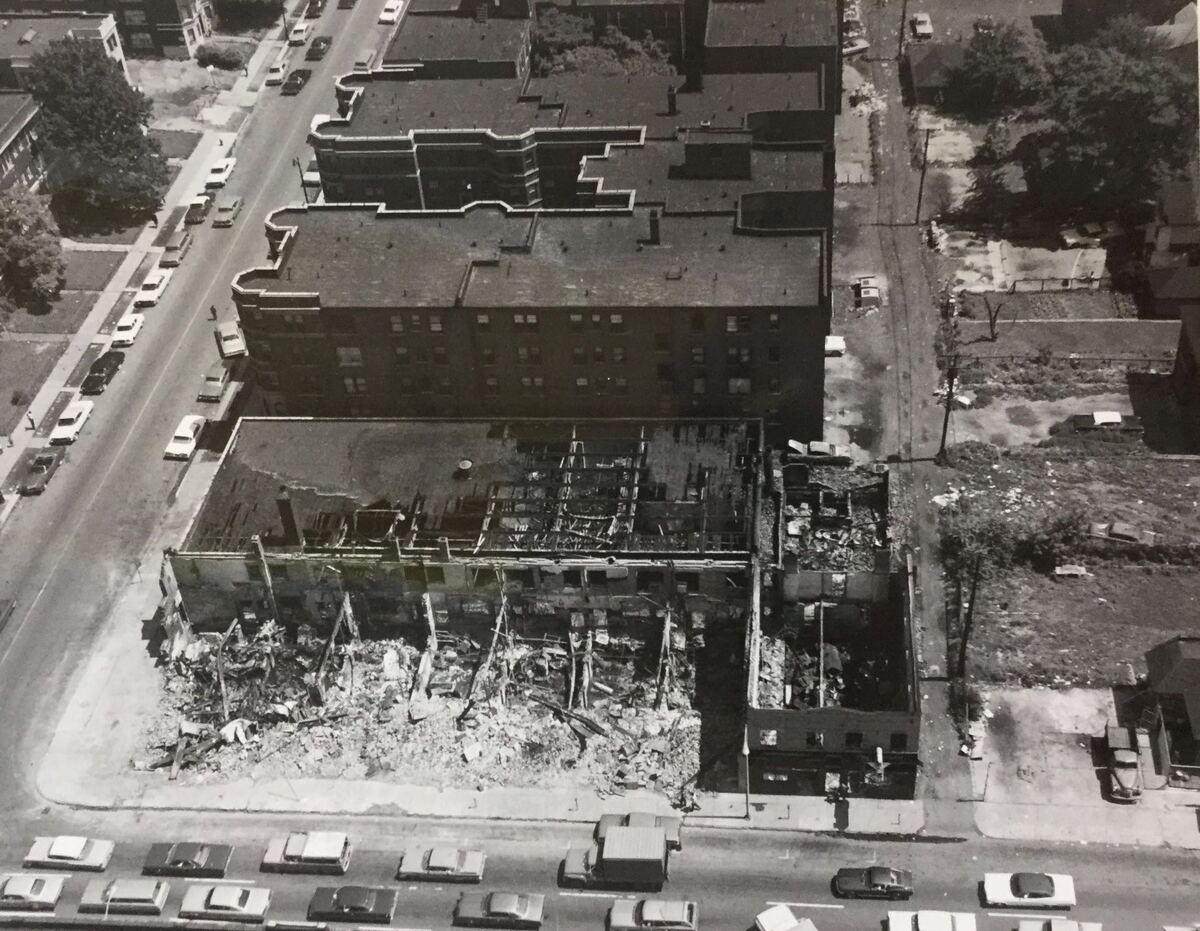 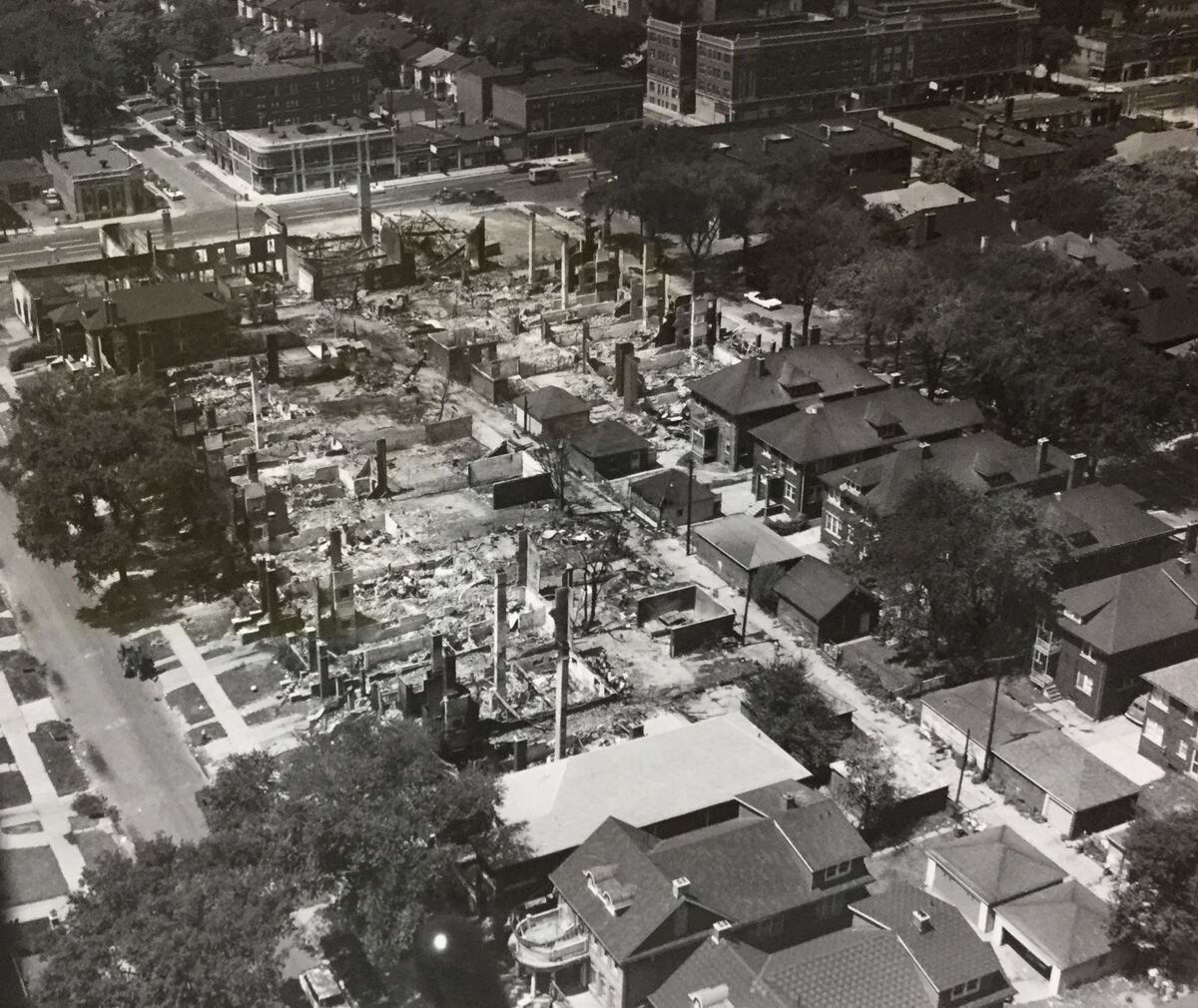 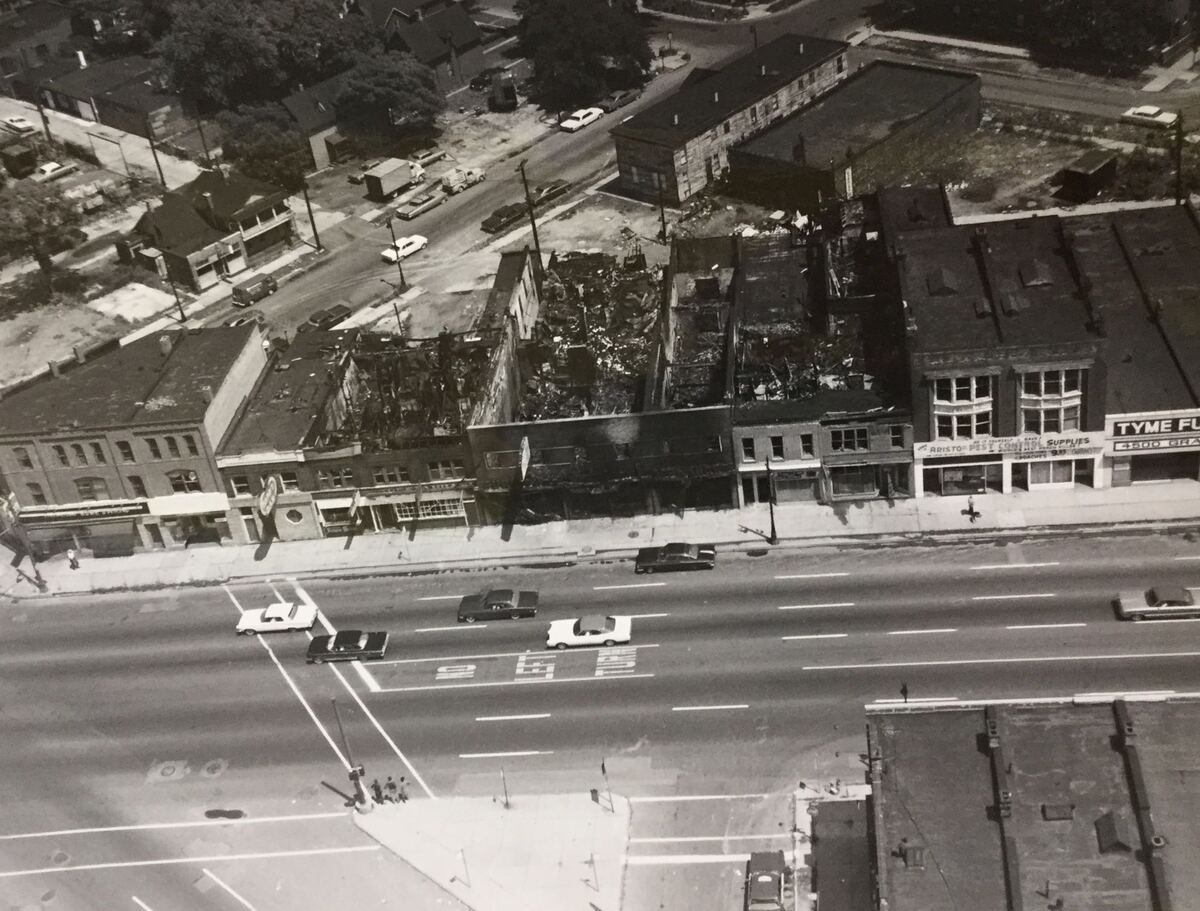 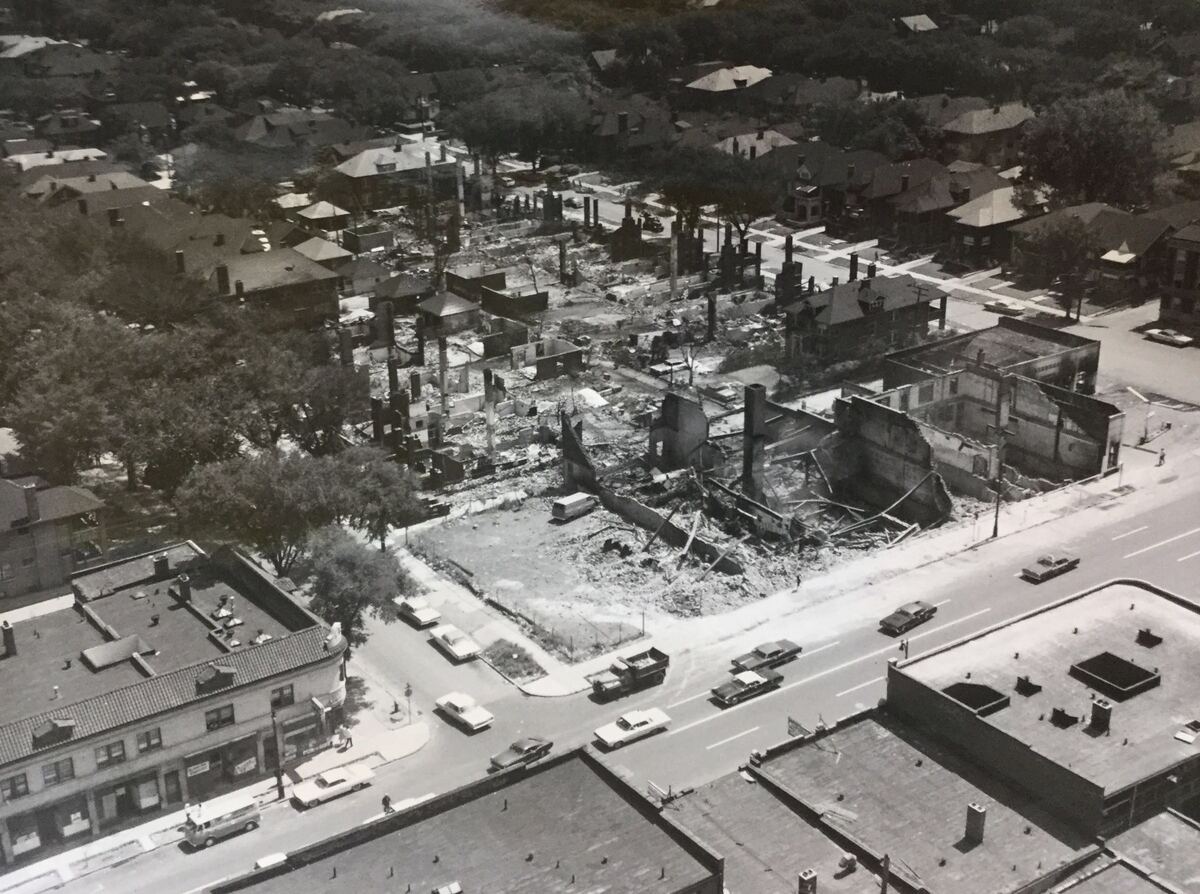 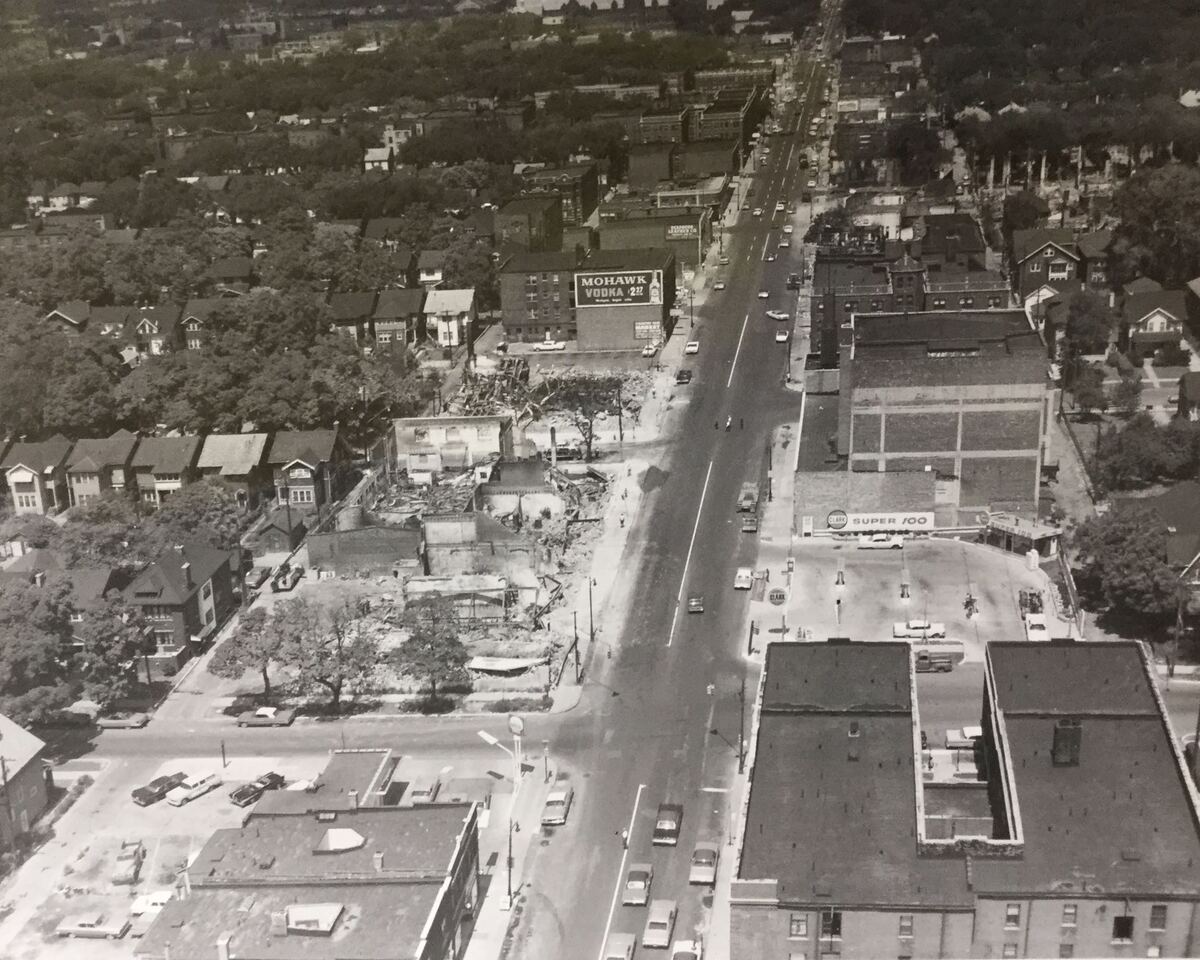 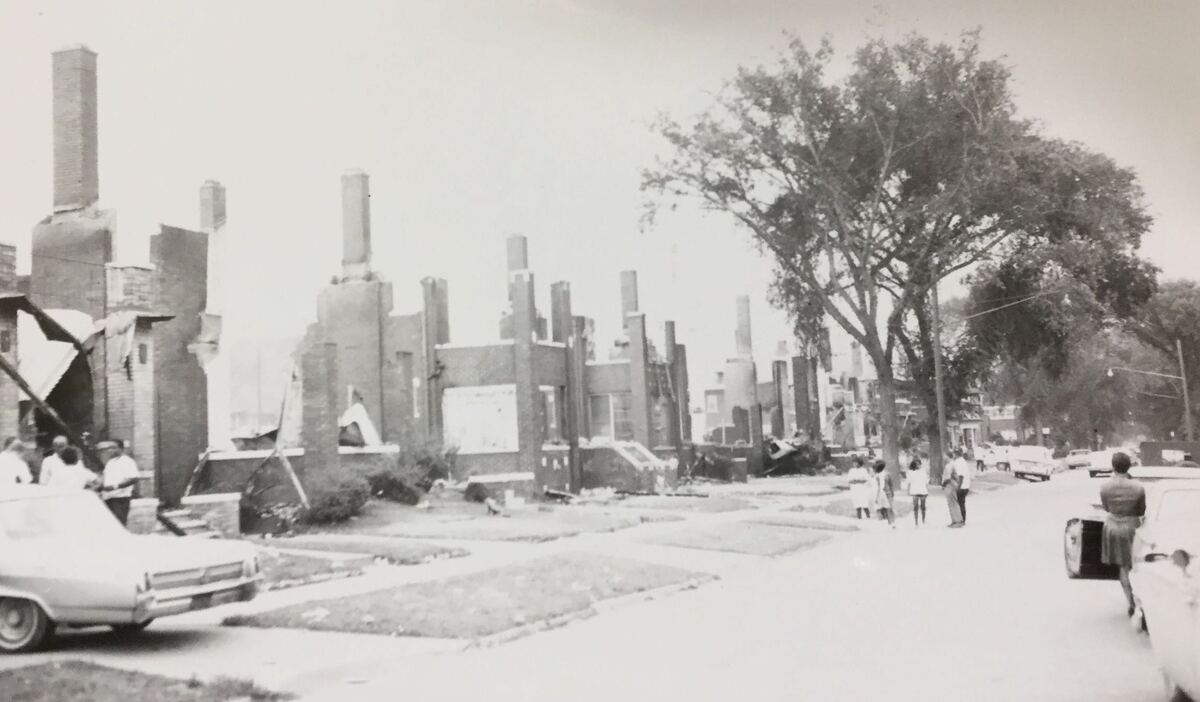 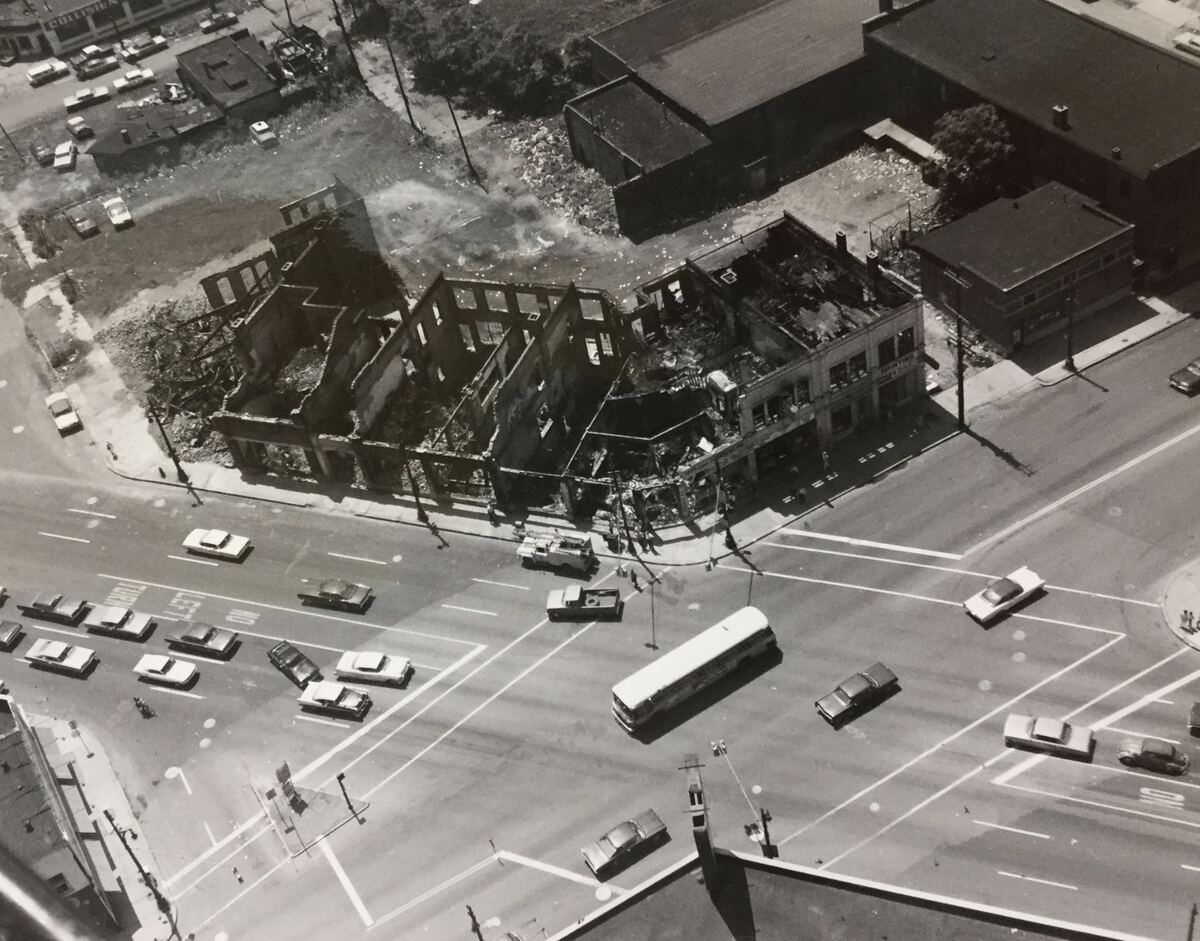 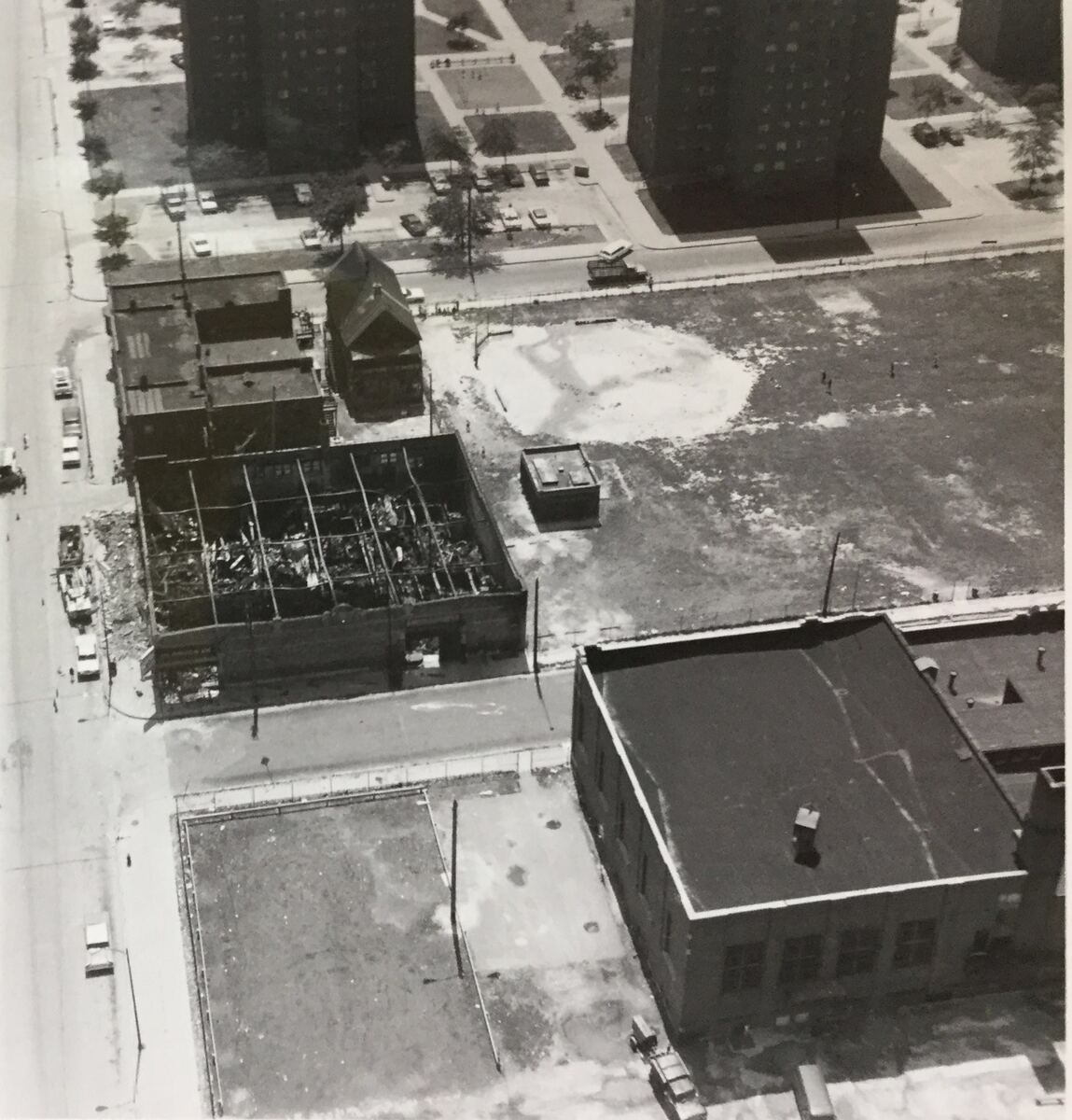 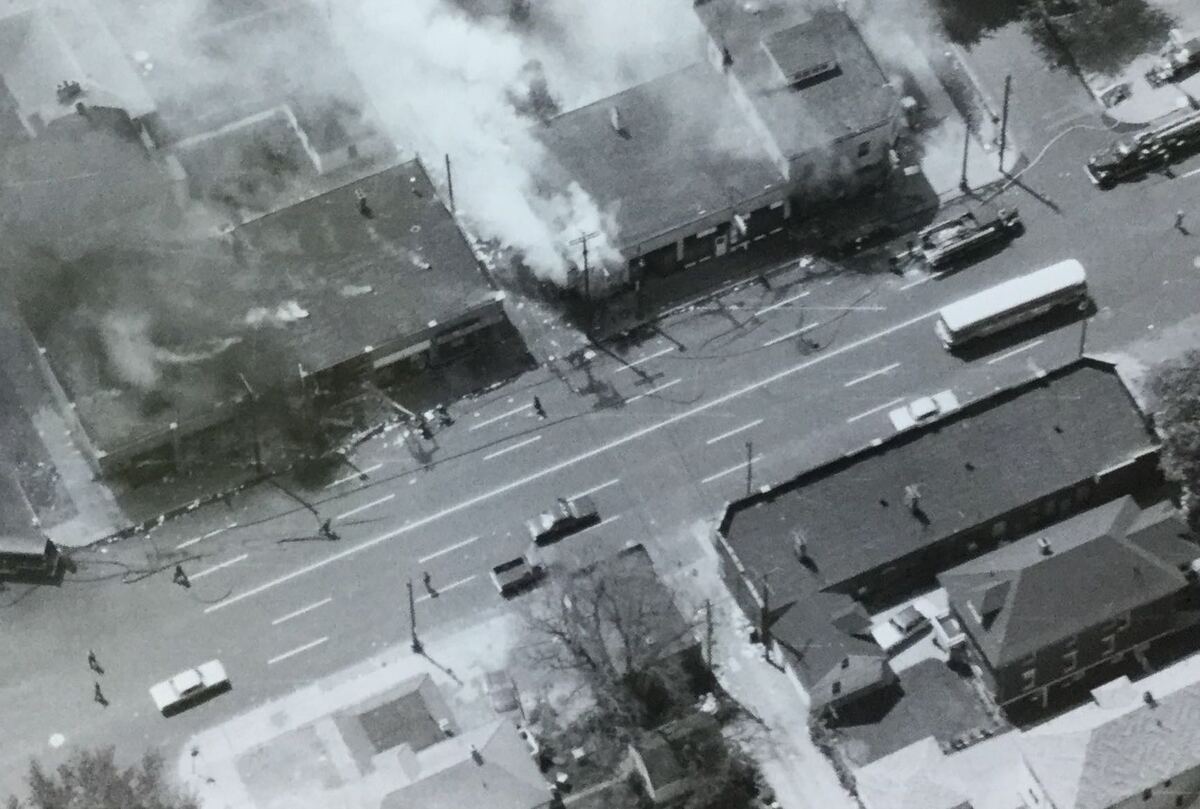 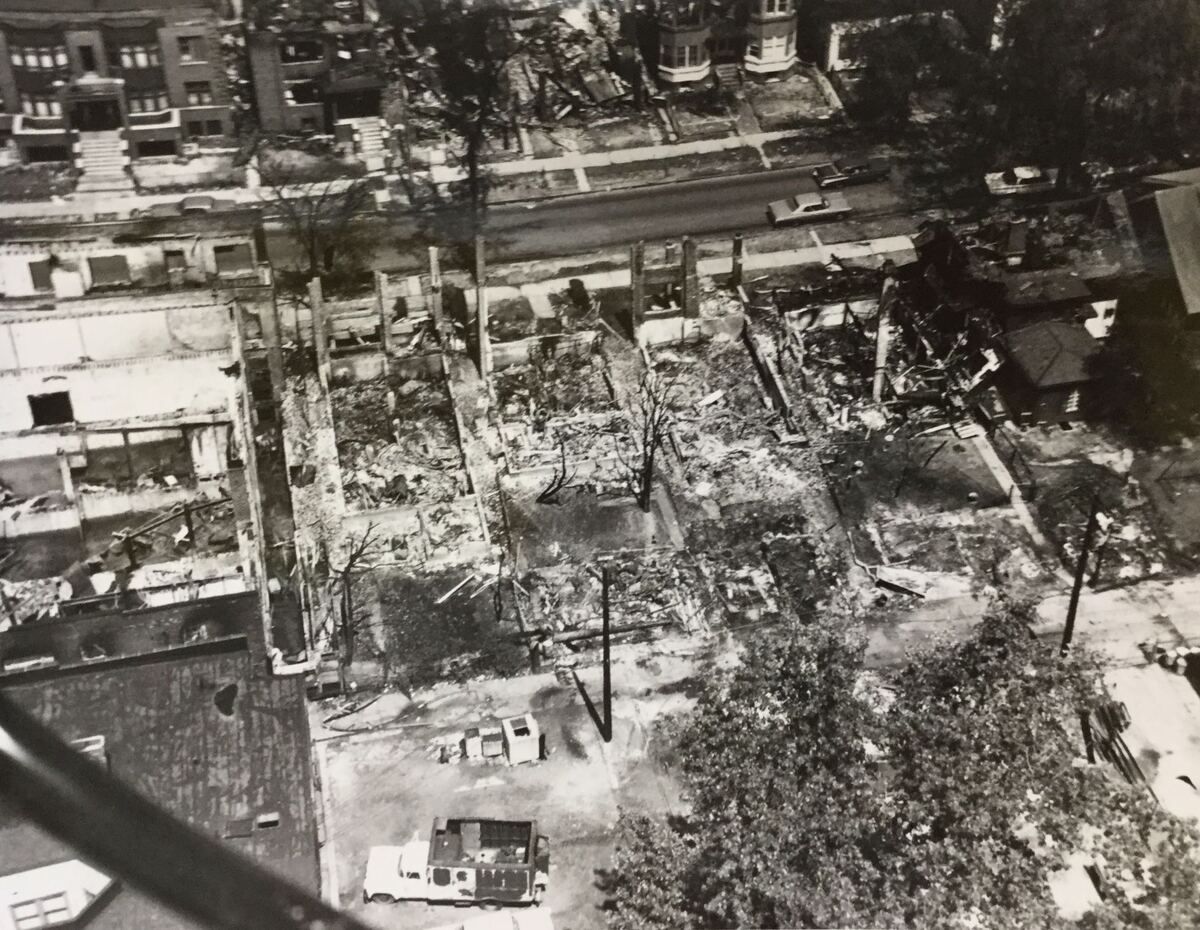 Destruction during Detroit Riot of 1967 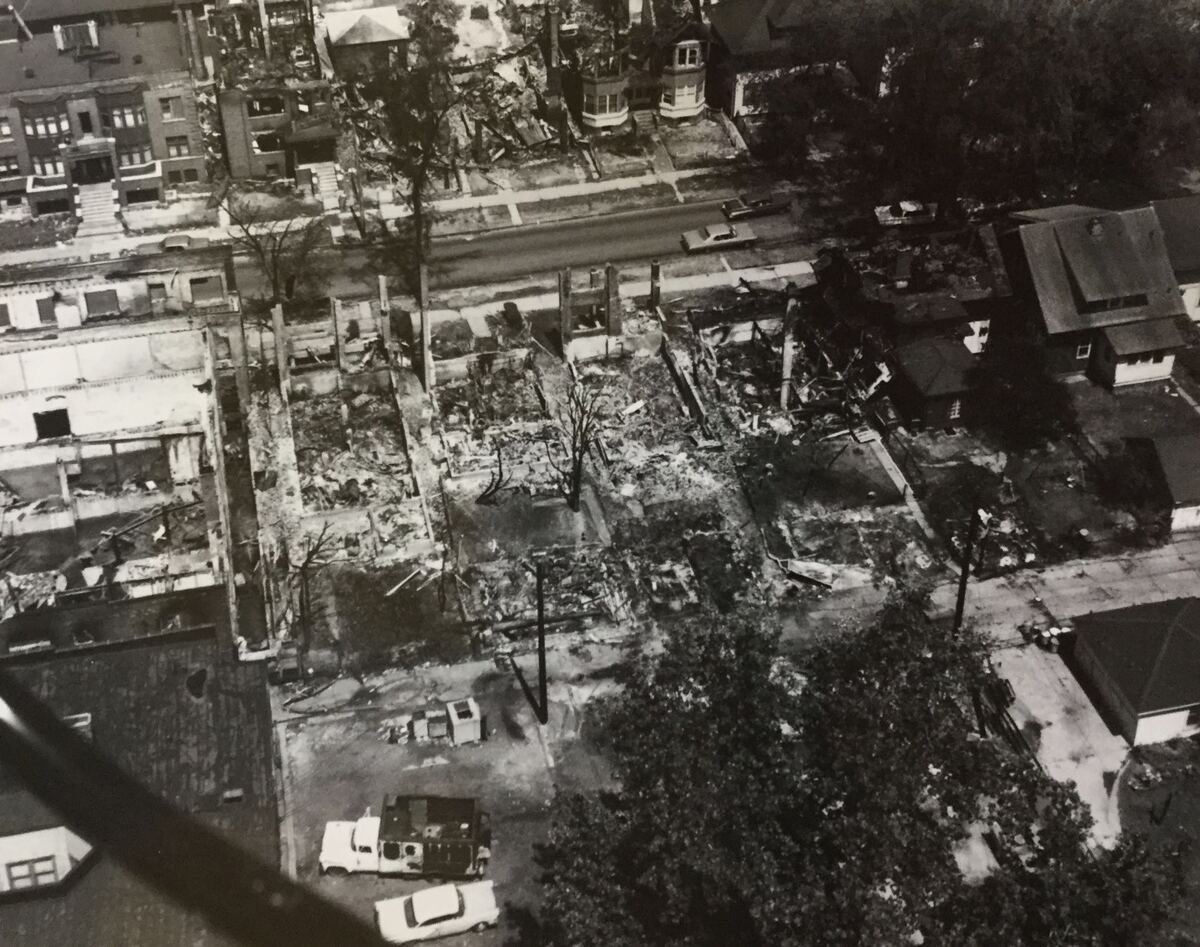