This page displays scenes of the military occupation of the city of Detroit by the 46th Infantry Division of the Michigan National Guard and by the 82nd and 101st Airborne Divisions of the U.S. Army. The Policing and Social Justice HistoryLab digitized these images from the "Riots and Protests. Detroit 1967" files of the General Photographic Collection, Michigan State Archives, Lansing, Michigan. Many of these photographs were released by the Public Information Office of the Michigan National Guard.

When examining these images, consider how they represent the perspective of the National Guard and Army personnel and of these military divisions in an institutional sense. These images reveal very little about the perspectives of African Americans living in neighborhoods transformed into the occupied sections of Detroit under martial law, except to portray residents implicitly and explicitly as a criminalized population in a dangerous war zone. The captions were written by lab director Matt Lassiter and are not the original captions--those can be found on the citation page. Viewers are invited to consider what captions they believe would be most fitting. 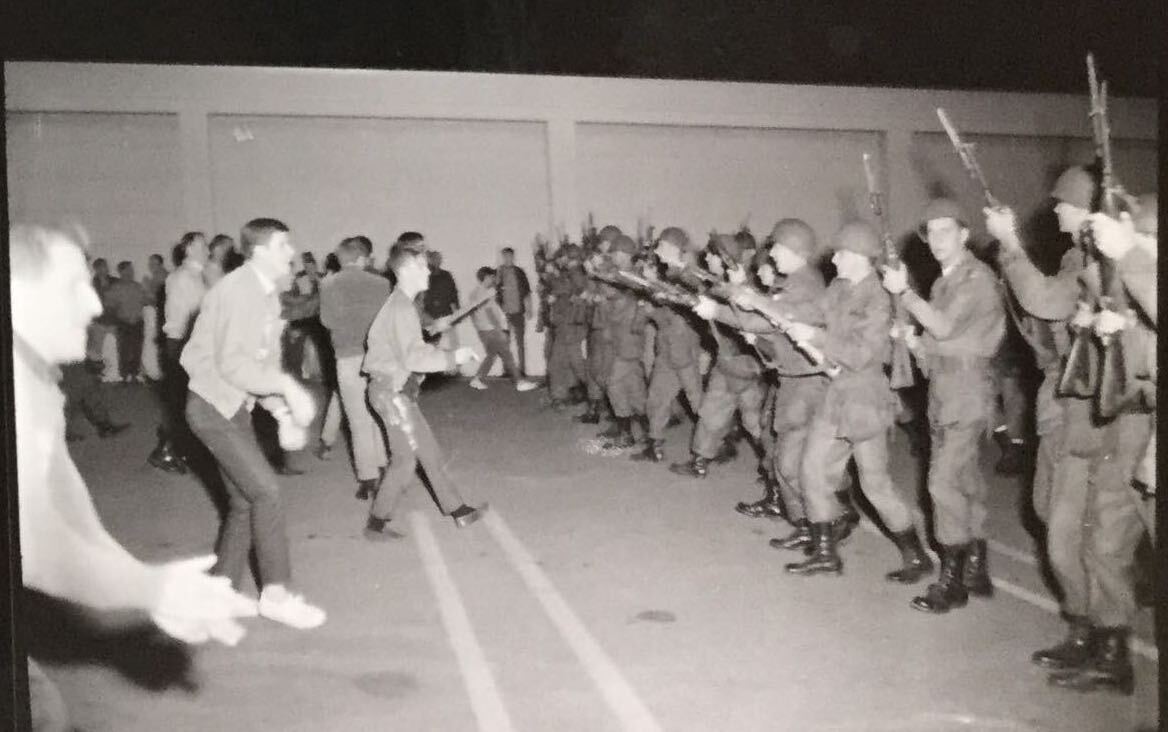 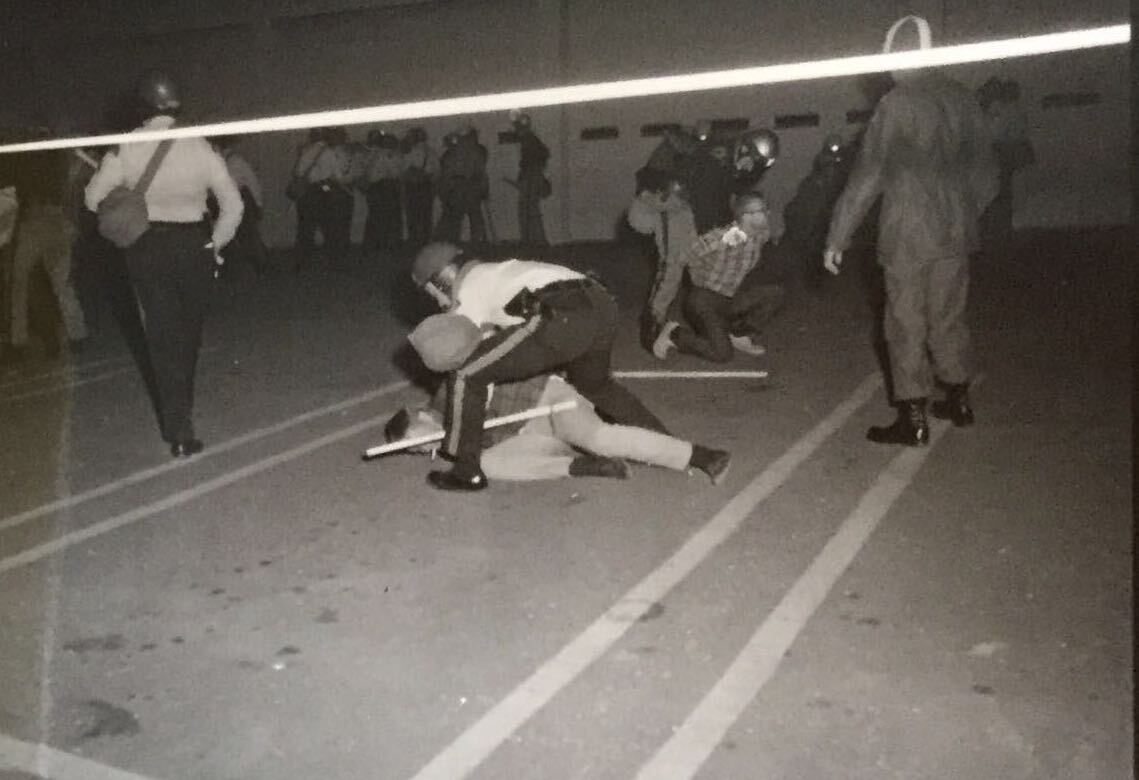 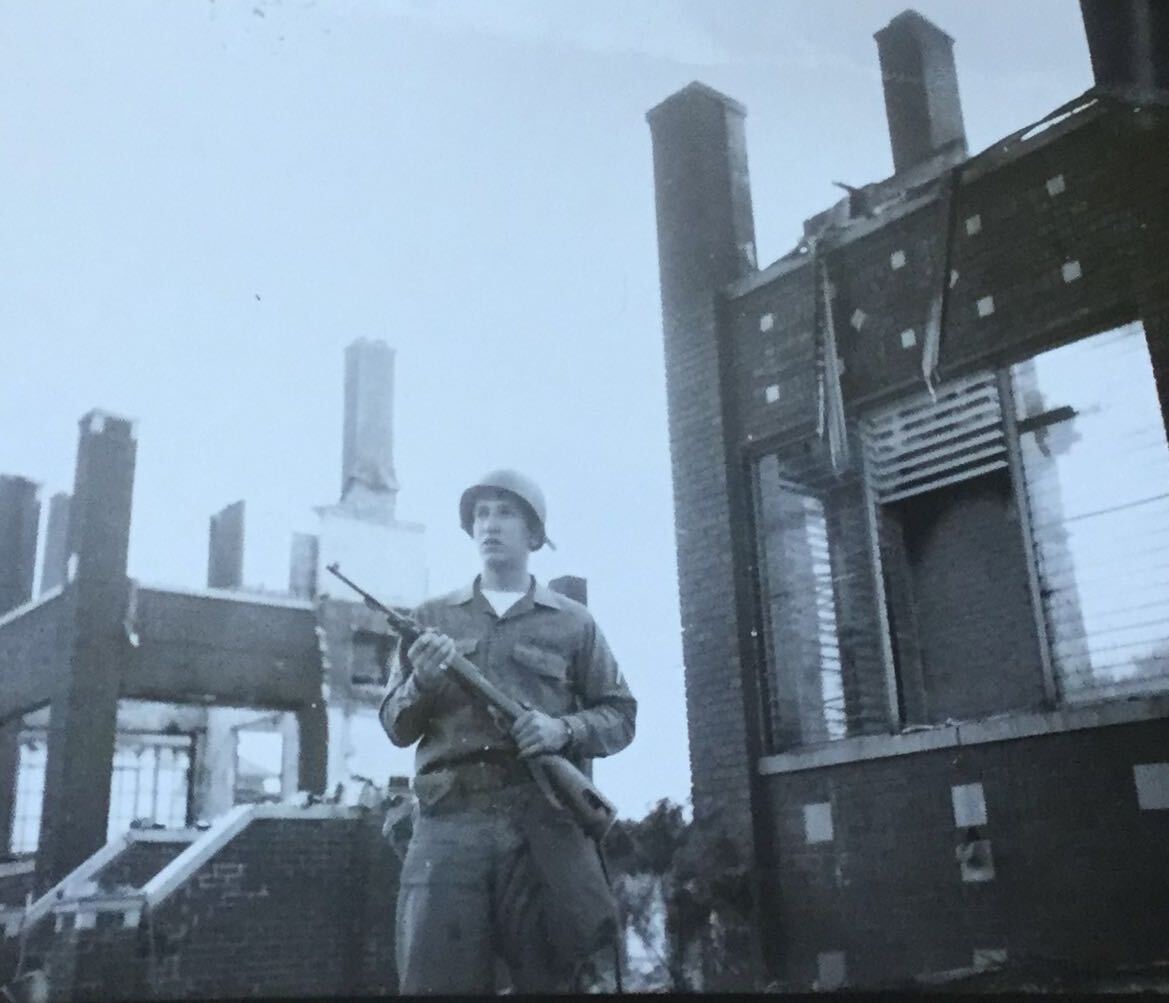 A young, white National Guardsman with rifle poses for the cameras in front of burned out houses in occupied Detroit. 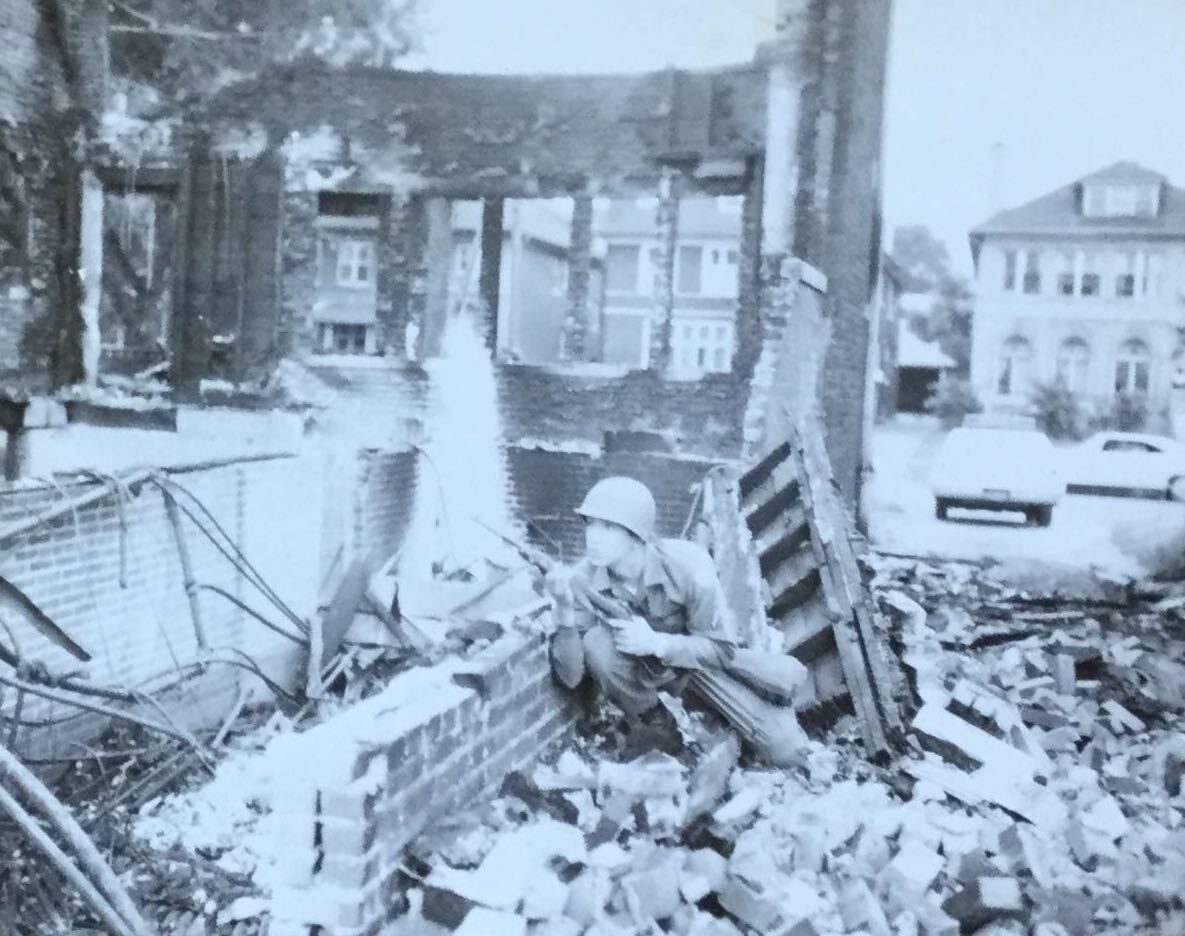 The same National Guardsman pretends to be alert for "snipers" in an African American residential neighborhood. The image, when analyzed alongside the one above, is obviously staged, and the Guardsman is in no immediate danger. 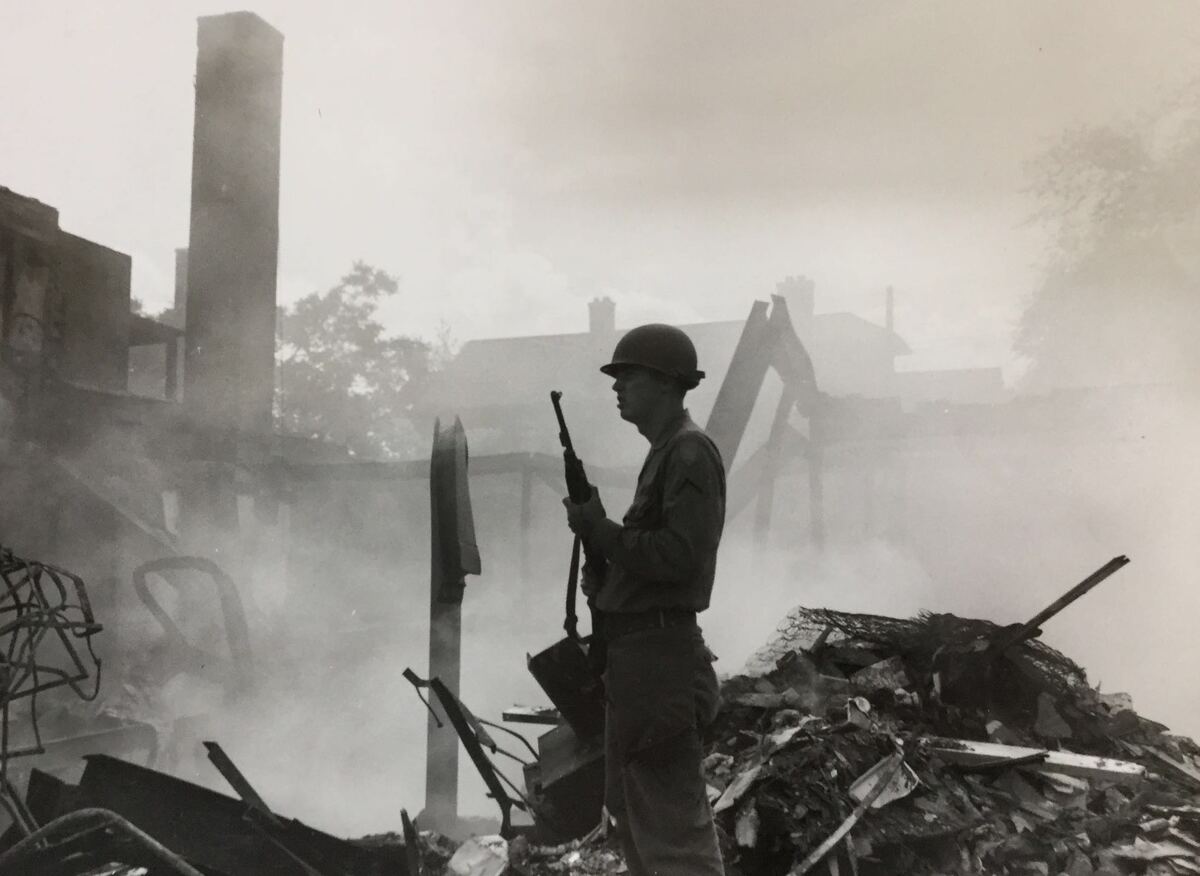 Another private first class in the Michigan National Guard stands alone with a rifle, allegedly on alert for snipers, on 12th Street in Detroit. 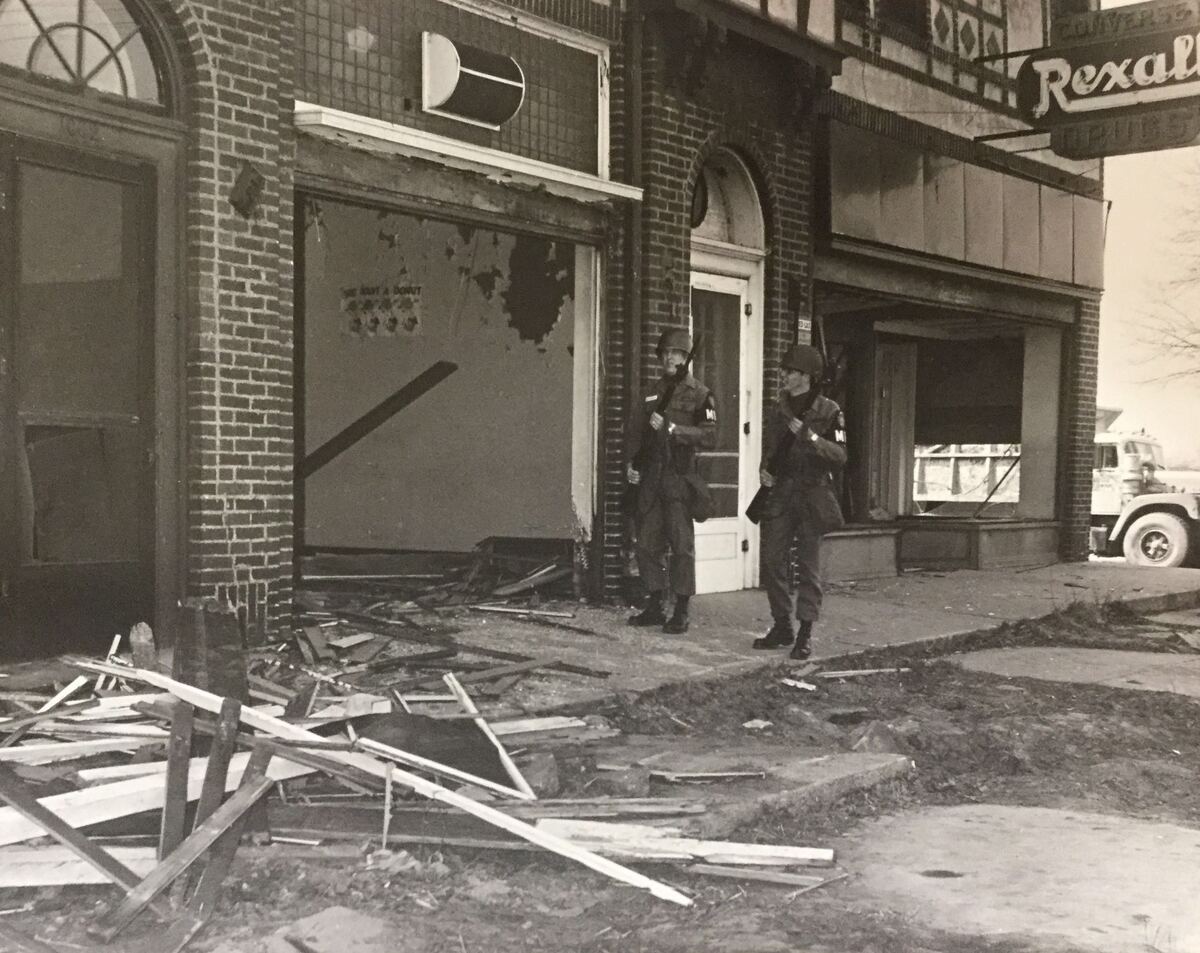 Young white National Guardsmen laugh and joke as they pose outside of a destroyed storefront. 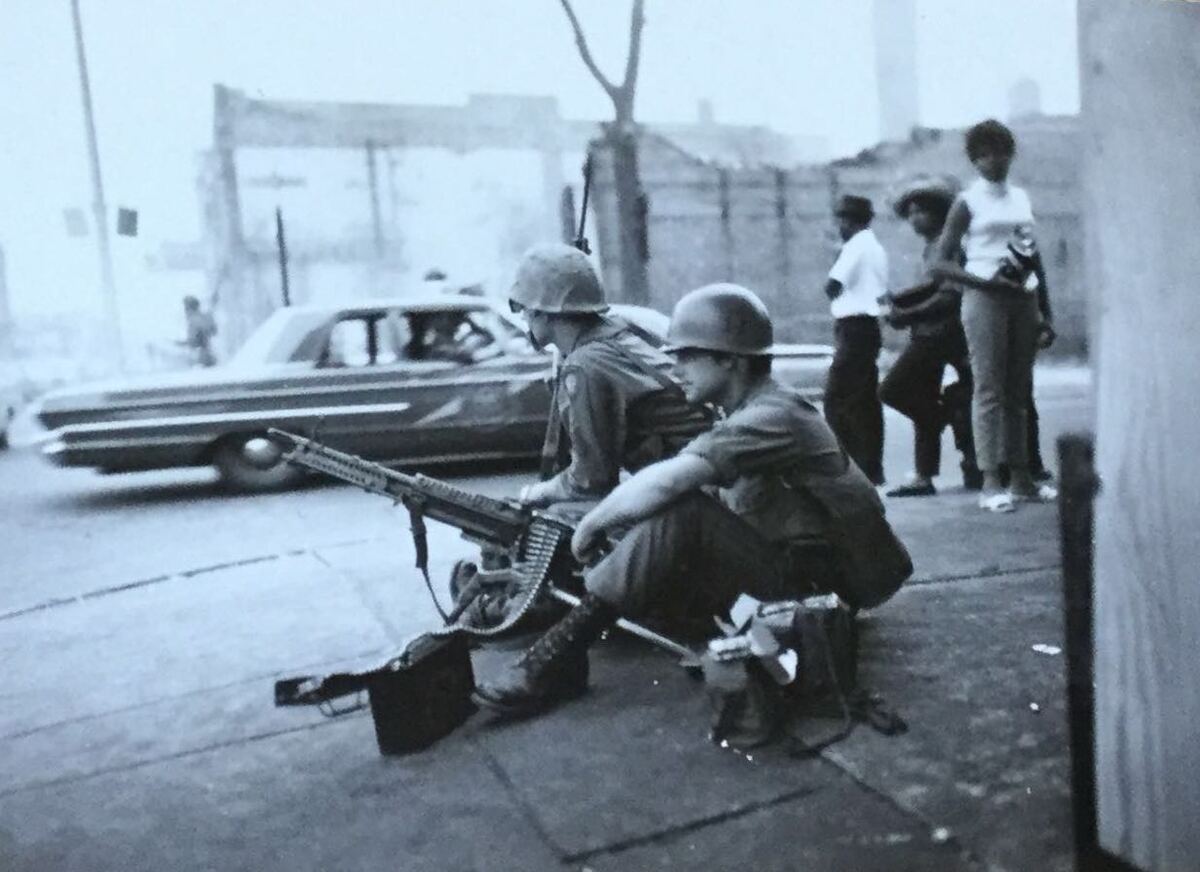 National Guardsmen with machine gun on a street corner as African American residents go about daily life. The young, smirking National Guardsman in the foreground is the same person who is laughing outside the storefront in the previous photograph--demonstrating that this entire sequence is a staged public relations exercise. 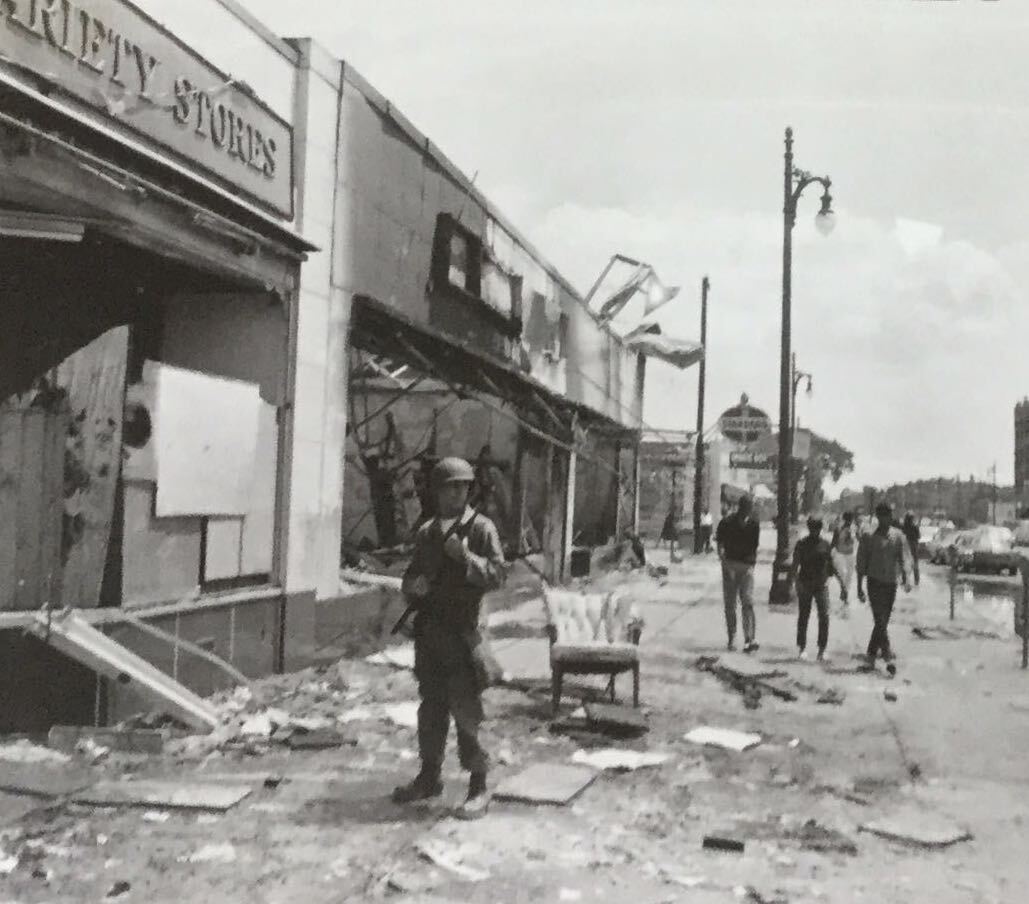 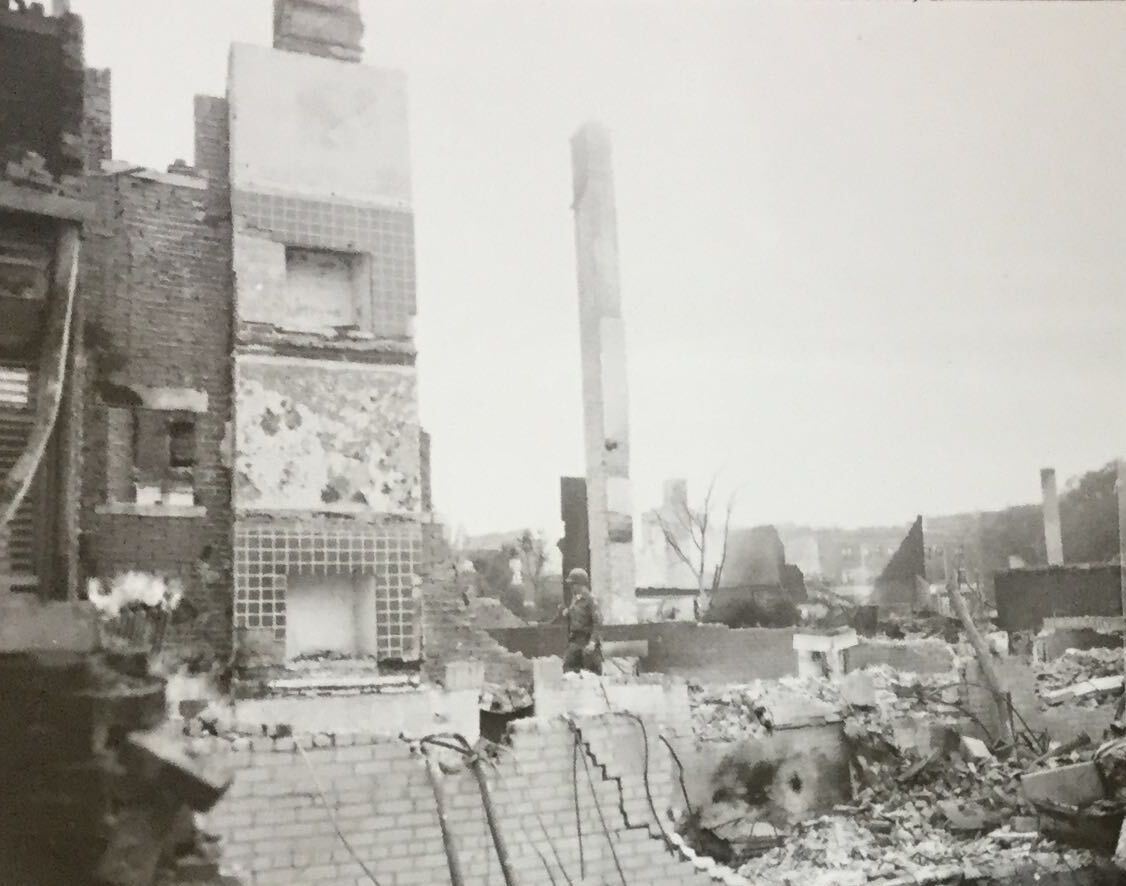 A lone National Guardsman walks through a destroyed building in a staged photograph, likely for a personal souvenir. 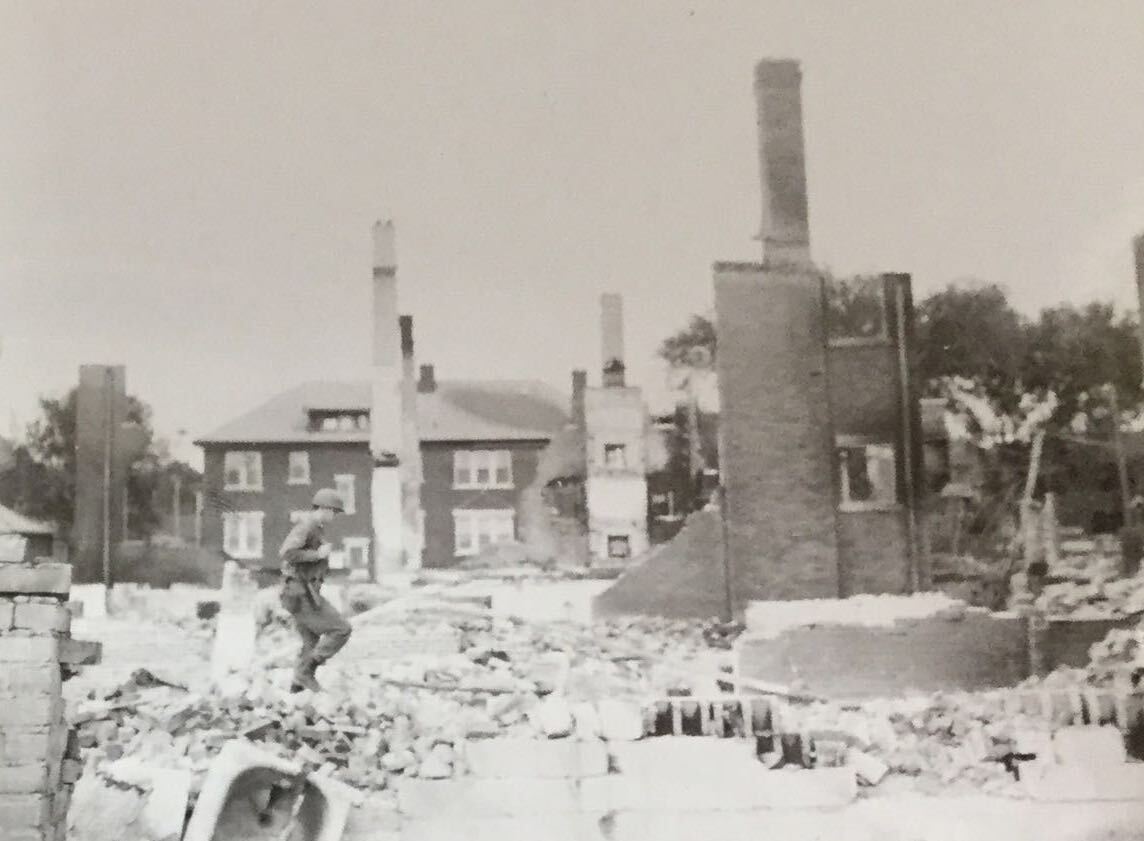 A National Guardsman, probably the same man as above, walks through rubble. This and the above image, of lower quality and smaller size than most National Guard photographs in the Michigan State Archives, were probably taken by another Guardsman as fabricated action shots to show folks back home. 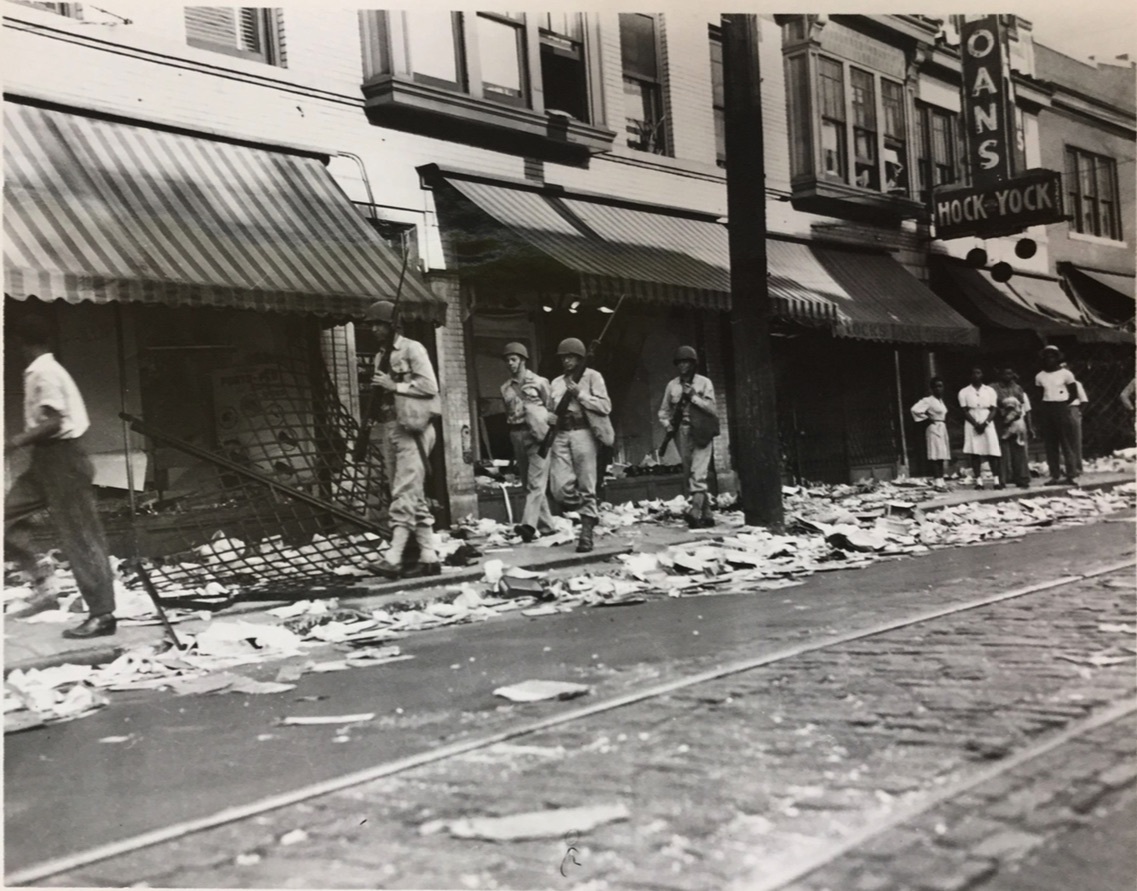 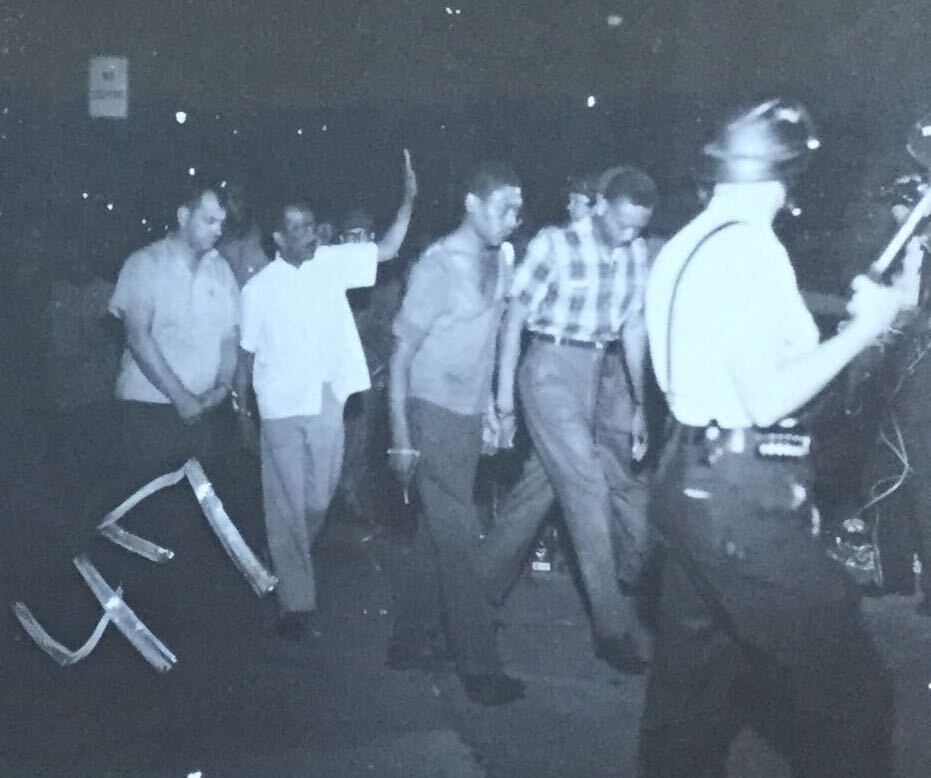 National Guardsmen and DPD officers detained more than 7,000 people, mostly African American male juveniles and adults, often without any probable cause. Prosecutors then applied discretionary charges of public disorder on a mass scale. 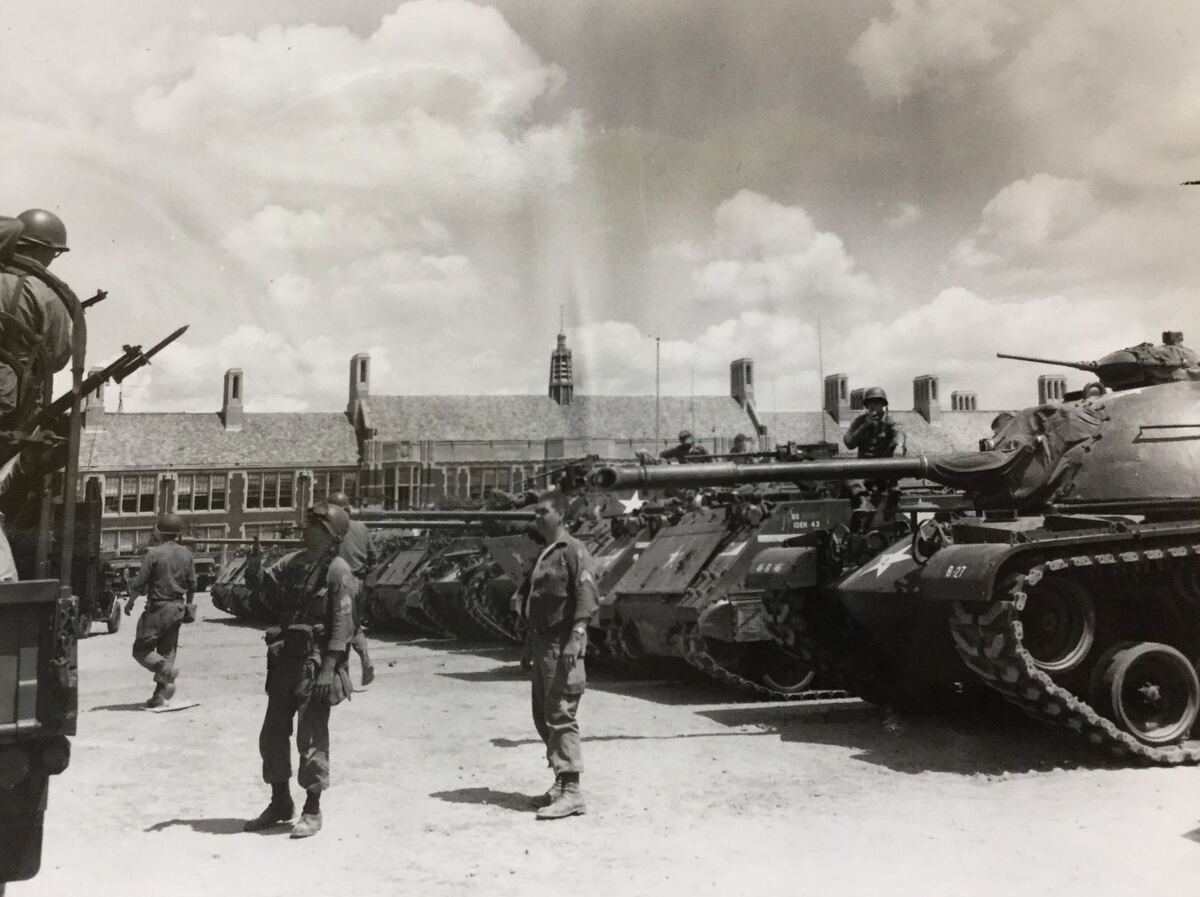 On President Lyndon Johnson's order, the U.S. Army prepares for the occupation of the city of Detroit, with tanks as a show of force. 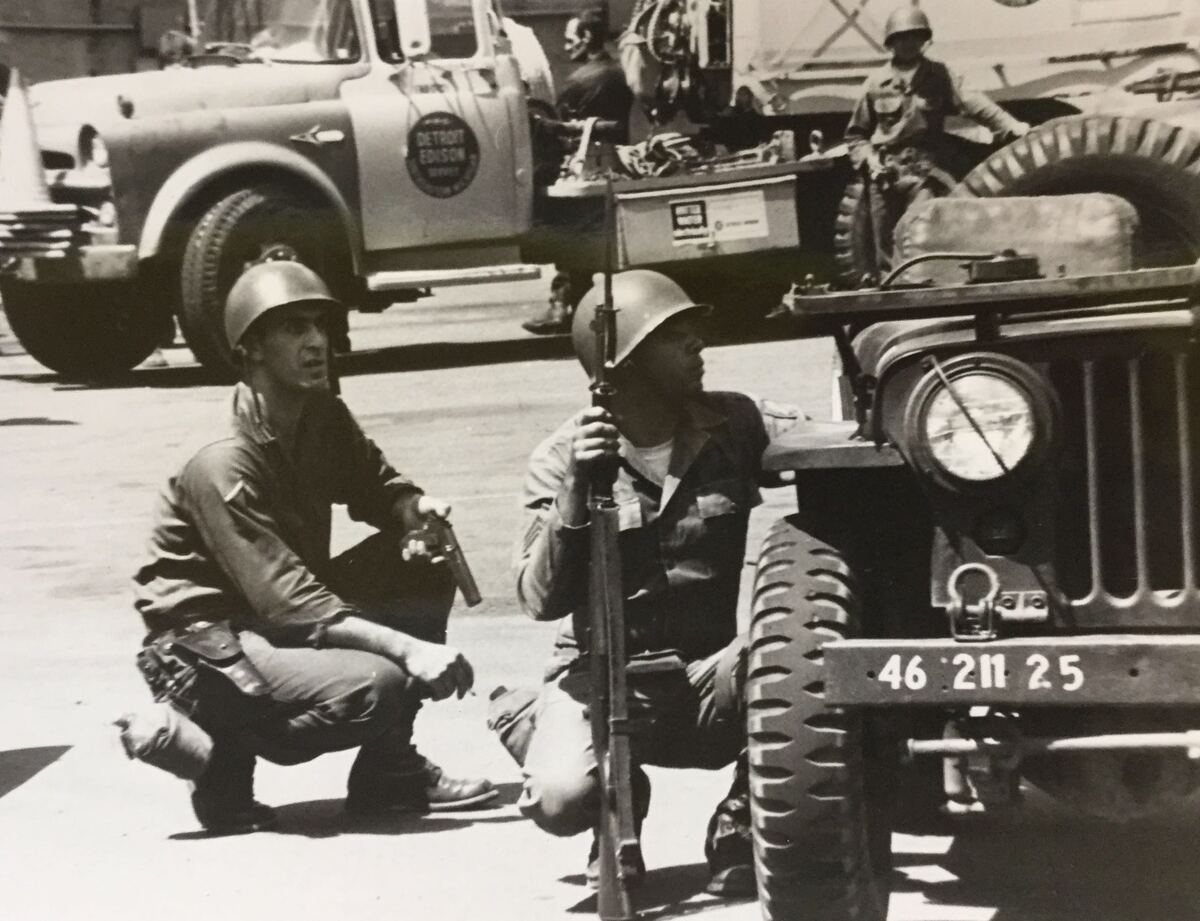 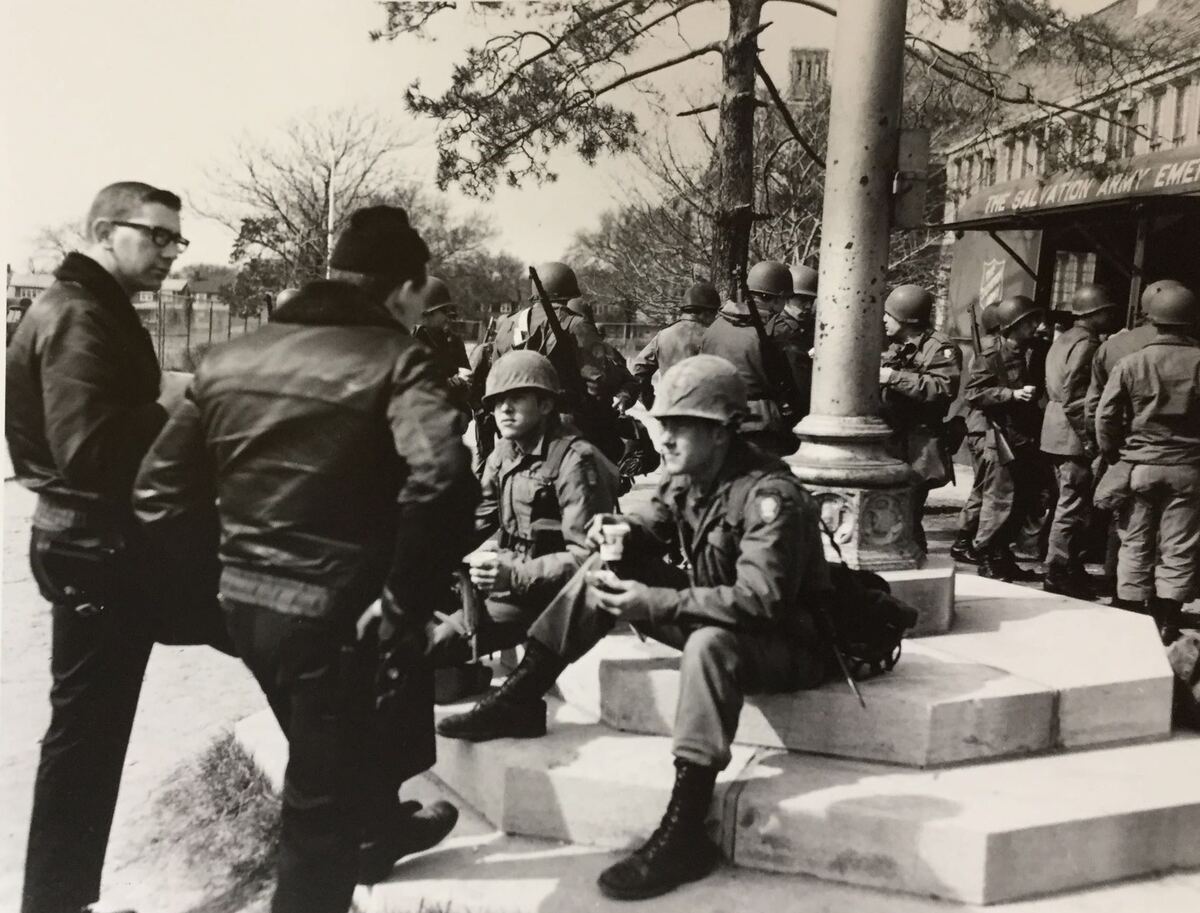 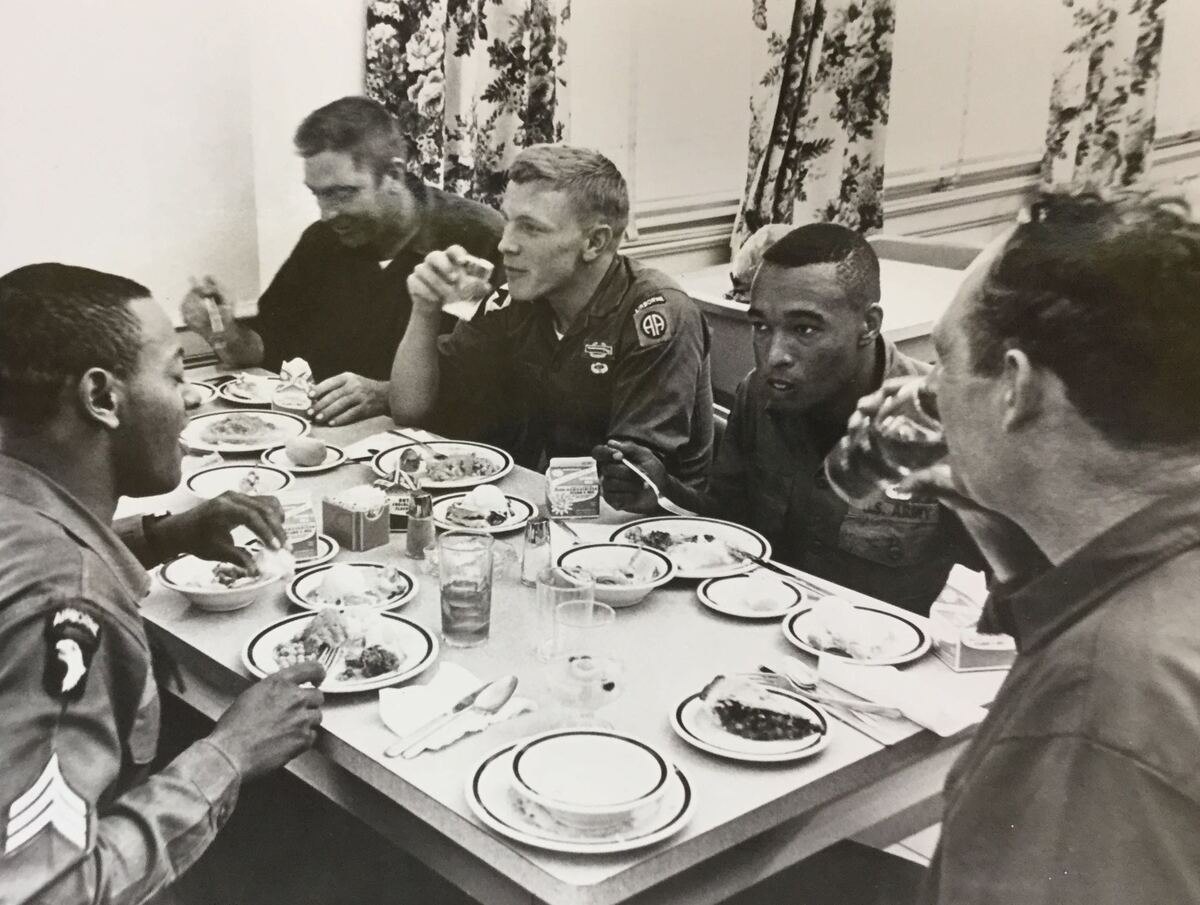 An interracial group of Army paratroopers on a lunch break. The Airborne divisions killed one civilian during their deployment, compared to ten people killed by the less experienced and poorly trained National Guard.