"We will run a surveillance over an organization or a meeting or an individual who purports to be doing what he is doing because of an ideologically motivated feeling.  If the means they are utilizing to achieve their ends are illegal we will run a surveillance.  We have no name for this type,"  -Philip Tannian, Chief of Police, in 1975 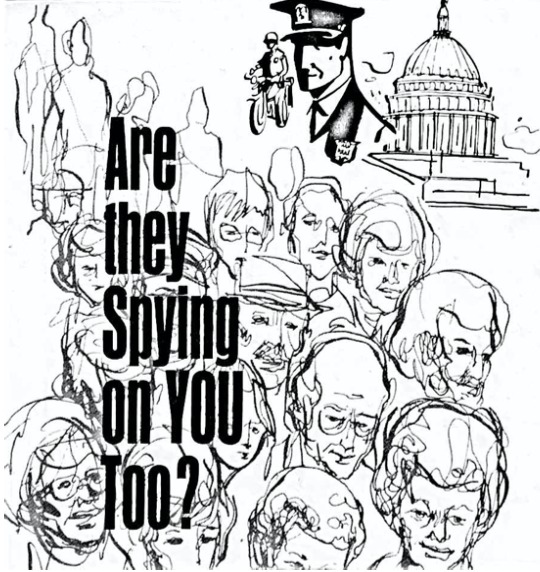 With origins in McCarthyism, both the Detroit Police Subversive Activities Investigation Department (SAID) & the Reconnaissance Unit, Organized Crime Section, colloquially known as the Red Squad, surveilled the activities of approximately 1.5 million people and organizations that lived or visited the city of Detroit beginning in 1931. 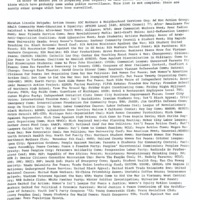 List of mainly civil rights organizations targeted by the Red Squad in the 1960s-1970s. 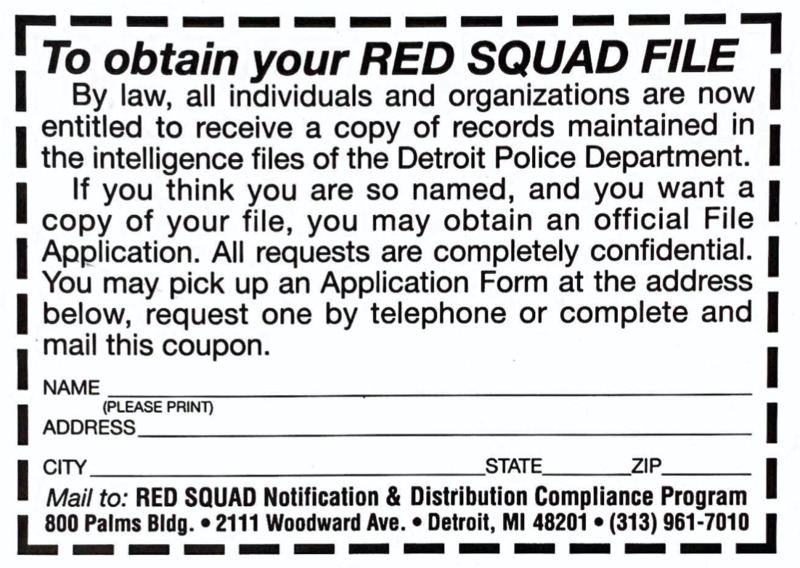 Judge James Montante ruled the city and state surveillance unconsitutitonal and ordered  victims to be notified and authorized to see file if requested.

What was inside the files? 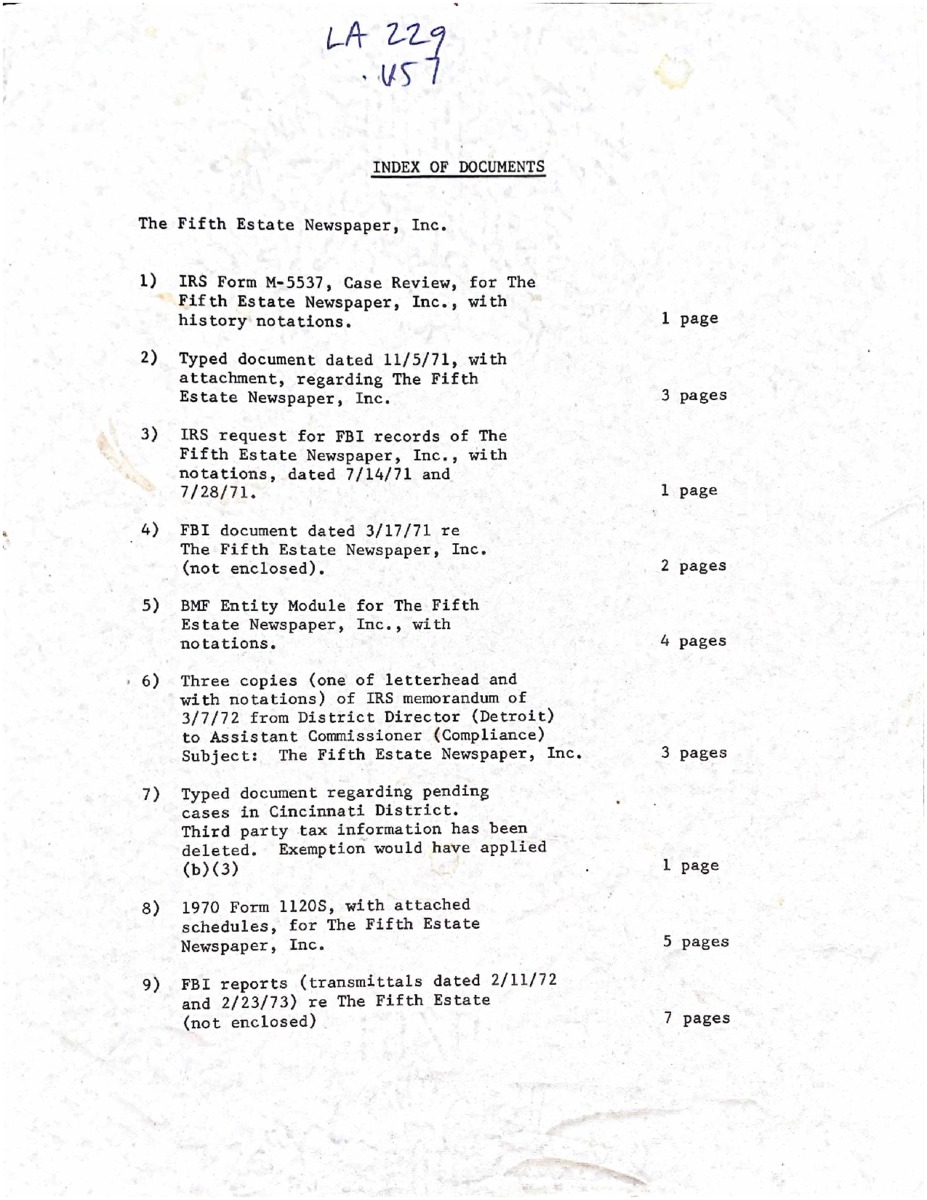 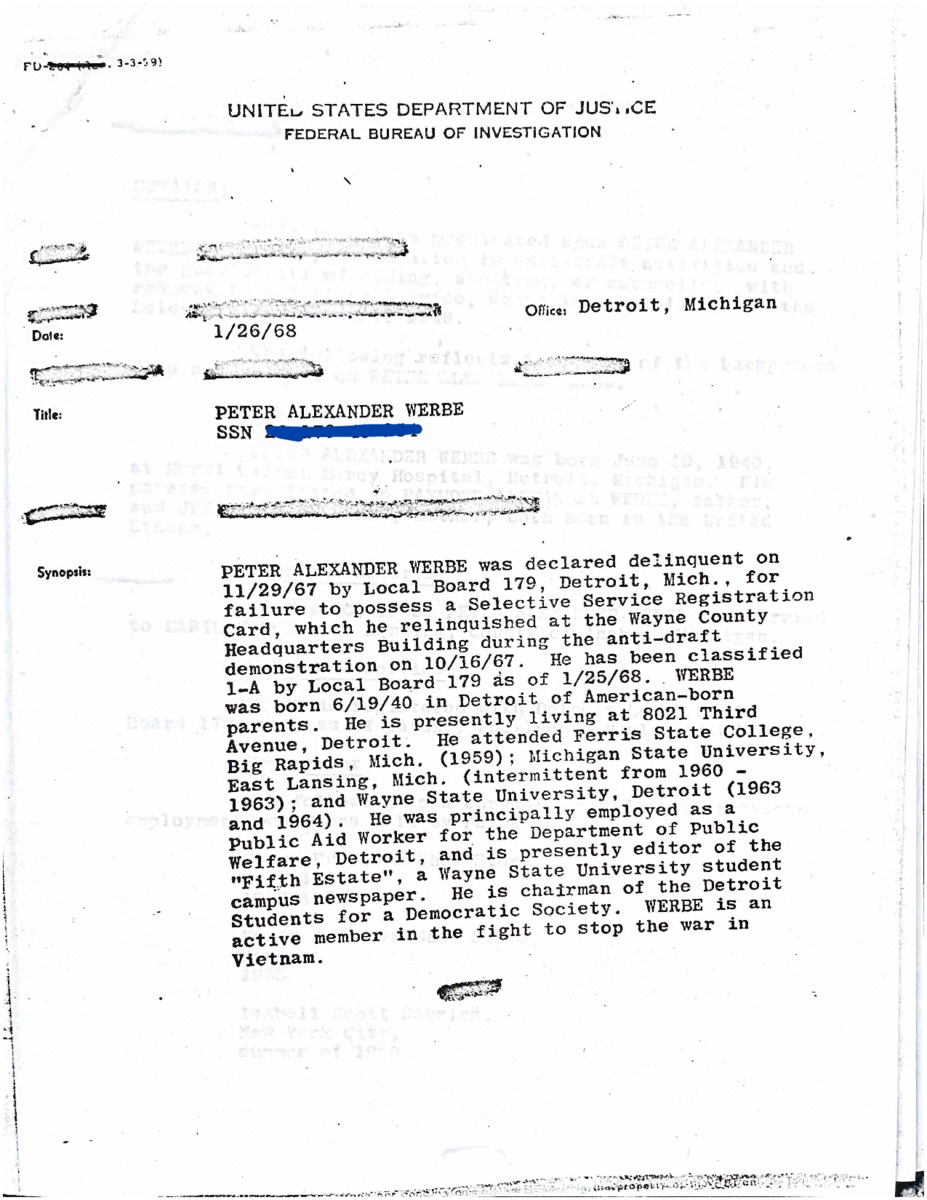 "This examination [Benkert Lawsuit] reveals that in addition to keeping files on what is traditionally perceived as 'political people,' the police have kept files and cards on a number of other people and organizations such as: consumer groups, environmental groups, womens groups, gays, welfare rights, busing (pro and con), unemployed, bicentennial, workers unions, black groups (including very traditional civil rights groups), ethnic groups and student groups, just to name a few.  The problem therefore is that while many people may know of this act, the majority will not know they are victims."  --George Corsetti, representing victims of surveillance