Involvement of the DPD

The Detroit Police Department was thought to have many ties to illegal activities happening in Detroit in the 1980s. This became part of the news following the death of Damion Lucas. Much of the suspicion surrounding the DPD’s involvement with criminal entities surrounded the connection of Mayor Young and various criminals. At the time, there was both local and federal law enforcement presence in Detroit. Though the City of Detroit and the DPD sometimes found each other on different sides, they were united against the DEA and FBI. Many officers and member of Coleman Young’s family as well as Coleman Young believed that the FBI were after him. Because of this, they limited the access that the FBI would have in certain situations in terms of passing along information. For this reason, in the Crimetown investigation of the Damion Lucas case, the FBI investigators attempt to paint a picture where head of homicide, Gil Hill, and Mayor Young were trying to protect the mayor’s niece, Cathy Volsan, from inquiry. 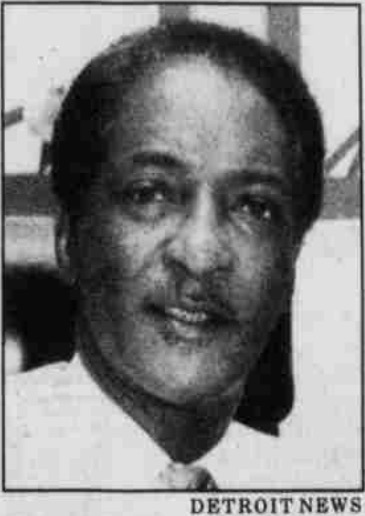 picture of Gil Hill, head of homicide at the Detroit Police Department from 1982-1989.

Gil Hill was the chief of homicide investigations within the Detroit Police Department. He was a veteran of the department for 30 years, and he was admired by many people in the DPD and the Mayor's office.  Hill was in charge of all murder investigations including that of Damion Lucas's. In the initial investigation, Lakeas Davis, 21, was charged with the murder of 13-year-old Damion Lucas until the FBI ordered him to be released. The FBI had been in Detroit investigating drug trafficking, and the FBI ordered that Davis be let go when they found a connection between their investigation and that of the homicide of Damion Lucas. Gil Hill suddenly became more involved with the investigation when Mayor Coleman Young's niece and her husband, Johnny Curry, accused Hill of bribery.

Cathy Volsan Curry was Mayor Coleman Young's beloved niece, who many said he thought of as a daughter. Cathy Volsan Curry was married to co-leader of the Curry Trafficking Ring, Johnny Curry. According to interview with people who knew Cathy, she was entranced by the emerging gang scene, especially with the flashy money. She was often surrounded by celebrities, drugs, and other illegal activities. Eventually, Cathy was secretly married to Johnny Curry, creating panic within her family, as they were worried about the ever-present scrutiny of the FBI and other federal enforcement. Throughout her life, Volsan-Curry struggled with drug abuse, and this led her to have many issues. Cathy and Johnny Curry made many claims in the years following the killing of Damion Lucas that they had friends in the Detroit Police Department that claimed that the couple would be protected, specifically they alleged that Gil Hill told them they had nothing to worry about. Following Johnny Curry’s arrest, Cathy became associated with Rick Wershe Jr. (“White Boy Rick”), who was an FBI informant. After Wershe’s arrest, Cathy went in and out of rehab, but she was always protected by her uncle and his officers in the Detroit Police Department. The FBI questioned her and contacted her during Operation Brown Shark to carry out their sting operation to catch her father, Willie Volsan, and Sergeant Jimmy Harris for illegal drug trafficking.

Jimmy Harris was a police officer that worked in the homicide department of the DPD under Gil Hill. While doing his job in homicide, he was also tasked with helping members of Coleman Young’s family, specifically Cathy Volsan - the mayor’s niece. Jimmy Harris had dual responsibilities in the DPD. He was credited with cleaning up many of Cathy Volsan’s “messes”, which meant his responsibility was to pick up Cathy before other police showed up to her location because of her associations. Sergeant Harris was on duty, meaning he was being paid by the DPD, while he was looking out for Cathy. This is one way through which the DPD misused their powers.

Why is this important to understanding police misconduct?

This information was gathered just from the fallout of the Damion Lucas case, but it is important to understand that there are missing parts of the story that, to this day, are not known. Much of the primary focus of the Crimetown podcast made about the death of Damian Lucas was on placing blame on Mayor Coleman Young and Gil Hill. However, it is important to acknowledge that there is no concrete proof that either person was involved in the way that they were accused of being involved. Moreover, Cathy Volsan-Curry was known for hanging around a “bad crowd”, and, though her family cared about her, they did not necessarily approve of her associates.

Another important part of this story is acknowledging Cathy Volsan, her father - Willie Volsan, and Jimmy Harris’s role in the FBI sting operation that took place in 1991. Willie Volsan and Jimmy Harris were sentenced to prison after the FBI caught them taking money from FBI agents posing as drug traffickers. Cathy Volsan was listed as an unindicted co-conspirator, in large part due to her having been going through drug rehabilitation during the time the FBI were investigating. Harris claimed that he was involved because he was protecting the family and had been instructed to do so by Chief William Hart. Volsan claimed that he was just trying to scam the federal agents. The FBI sting was known as Operation Backbone.

To conclude, it is unclear if Crimetown’s allegations are true about the Damion Lucas case, but it is true that there was misconduct on the part of the Detroit Police Department. First, in assigning an officer working for the DPD as a permanent detail for the mayor’s family, and, later, in the FBI sting that occurred in 1991, which happened to involve many of the same people.