Between 1986 and 1989, our research has led to the discovery of 10 police homicides by Detroit police officers. By our estimates, this result yields about 25% of the total homicides that likely occurred in these four years. As we have attempted to understand why there are fewer homicides within this timeframe than in the years prior or following, two trends and changes in policing seem particularly crucial. Firstly, the decision of Tennessee v Garner in the Supreme Court (1985), and secondly the shifting focus from street policing to raids on civilian homes.

In Tennessee v. Garner (1985), the Supreme Court ruled that it was unconstitutional to shoot a fleeing suspect. In its application to Detroit, this imposed a new, legitimate limitation on policing. This is one potential explanation for the reduction in police homicides located between 1986 and 1989. A second theory revolves around the implementation of Operation Crack Crime. In the midst of the exacting of this policy, attacks on suspected “crack houses” or on the homes of drug dealers existed as a central aspect of policing. Although significant levels of street-policing continued to take place, the emphasis on in-home drug raids certainly increased, as a part of mandated policy. Therefore, the focus on drug raids rather than simple street sweeps could help to interpret this oddity.

In accordance with this theory, it is important to note a phrase commonly used in justifying a police killing. The trope of a suspect allegedly aiming to run a police officer over with their car was located on multiple occasions. However, this phrase operates exclusively in the framework of street crime. This implies that street crime yielded enough homicides for the creation of a common rationale. Though some homicides did take place in civilian homes, it is certainly more difficult to justify such a murder, particularly when they are likely surprised and unprepared.

A final important note regarding the discovery centers around the locations at which homicides took place. Reporting holds a significant role in the unearthing of police killings. According to our maps of income or public housing and homicides, most murders occurred on the borders between wealthier and poorer neighborhoods. This does not necessarily mean that these locations were the most violent, nor the most policed. It may instead mean that these homicides, taking place in the proximity of wealthier areas, were deemed valuable to report and publicize. There are significant silences in the reporting of violence exacted against those inhabiting impoverished neighborhoods, though this does not indicate that these incidents did not take place— quite likely the opposite.

Gail Washington (38-year-old female) was shot in the head and killed by her ex-husband, veteran officer Vernard Washington. There was conflicting testimony in the case, with Washington claiming that he entered the house of his ex-wife's boyfriend after no one answered the door, intending to ask to borrow something. He then said that he walked upstairs where Gail was pointing a gun and he attempted to disarm her when it went off. Gail's boyfriend, Michael Slater, testified that he saw Washington backing her up against a door and then he heard a shot go off. (Detroit Free Press, Nov 11, 1986)

Marvin Doyle (18-year-old male) was fatally shot in the neck by officer Ernest Gardener. After an altercation, civilian Dorian Robinson shot at Gardener, who was in plainclothes, outside of a Mcdonald's restaurant. Gardener then fired twice at Robinson, but hit Doyle, a bystander. His family sued the police department in 1988 on the grounds that they had failed in training and supervising Gardener, and received a settlement of $ 765,000. (Detroit Free Press, July 15, 1990)

An unidentified male was shot and killed by police at his apartment when he met them at the door with a gun. Reports said the man was wanted for a crime and followed back to his apartment by officers. No additional information about the officers or victim were given.(Detroit Free Press, Sep. 17, 1987)

Charles Knowles (male) was shot by officers when they stormed his apartment after Knowles shot and killed Lt. James Schmit. Knowles was reportedly mentally ill, and officers on the scene said that he had poured gasoline under his door and threatened to light it. (Detroit Free Press, October 19, 1988)

A burglary suspect (unidentified) was killed by a Detroit police officer after being chased from a home and refused to obey orders to stop. Officers had left the car and pulled a gun on the man, telling him not to take another step. When he stepped forward, he was shot. Police refused to disclose how the shooting happened or if he was armed, but said they did not see a gun. They would not disclose the name of the officer who shot, just that he was from the 9th precinct. (Detroit Free Press, September 15, 1988)

Mark Anthony Nelson (27-year-old male) was shot and killed by officer Gerald Thomas. Thomas was off duty at the time when allegedly Nelson started firing at him as a friend as they left a restaurant. his friend, Henry Shepard, was wounded and in serious condition. It was reported that Nelson began shooting because he thought Thomas was hitting on his date. (Detroit Free Press, July 17, 1989)

Donna Marie Johnson, a 28-year-old female, was shot in the head following a car chase on October 26, 1988. She was shot by Officer Edward Blackburn who was accompanied by another police officer. After claims that Johnson had taken a friend’s vehicle without permission, police were called to investigate. Upon tracking down Johnson and the stolen vehicle, a chase ensued. After Johnson stopped short, causing Officer Blackburn’s cruiser to collide with its rear, Blackburn walked to the front of the stolen car at which point he claimed Johnson attempted to run him over. At this point, he fired one shot to Johnson’s head, killing her instantly.  There were no witnesses to the slaying other than the other officer who accompanied Blackburn who remains unnamed. Officer Blackburn had several reported incidents of misconduct and excessive force on his record.  (Detroit Free Press, October 27, 1988) 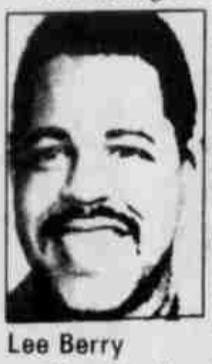 Lee Floyd Berry, a 26-year-old black male, was killed on June 23, 1987, by officer Joseph Hall of the 11th precinct. According to Hall’s report, he chased Berry for reckless driving and traffic violations to his home where he made him get out of the car. Hall stated that Berry then tried to attack him multiple times, breaking his glasses in one instance. Berry’s younger brother Dwayne was in the car with him and reported that they did not see Hall’s motorcycle and were not aware that they were being chased. He stated that once they arrived at their home, Hall used expletives to demand that Lee exit the car, and made him stay inside.  Lee was a recent graduate of Wayne State University, was engaged to be married, and was working for his father’s moving company when he was killed. Hall was evaluated by a psychiatrist and then allowed to return to work after the incident, which was ruled by a police review board to be a “justifiable homicide” Berry’s mother sued the department and was awarded $6 million dollars for the wrongful death of her son in 1991. The jury found Hall guilty of gross negligence and use of excessive force, and also found the department in violation of civil rights by not properly disciplining officers.

After being called by Shirley Jones to deal with her boyfriend, who had a history of outbursts and instability, officers arrived at 18499 Stansbury Street to find York Goodwin in an altercation with his Shirley (his girlfriend). Officers put Goodwin in a chokehold and held him on the floor despite his protests that he could not breathe. They cuffed him and put him in the back of a patrol car facedown and not breathing. He was pronounced DOA at the hospital a few hours later. 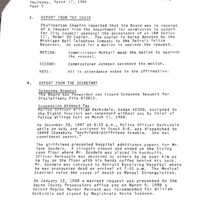 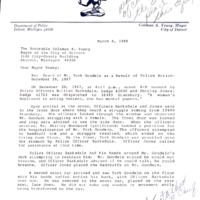 At approximately 6pm on the Eastside of Detroit on June 14th, 1988, suspended officer of the 9th precinct Henry Jones took the infant son of his girlfriend, nineteen-year-old Rochelle Cannon, from his babysitter, thirty-seven-year-old Debra Neal, and ran off to his car with the infant.Â  Rochelle, Debra, Lashawanda Neal, and nine-year-old Freddie Neal, Jr., all pursued him to the vehicle, whereupon he engaged in a fight with Rochelle, Debra, and Lashawanda, before he drove off with the infant in the car.  He later returned at 3am the next morning and broke into Rochelle’s house, wherein he fatally shot her, Debra, and Freddie, and injured Lashawanda.  He then called Rochelle’s mother and his grandmother, reported to them what he had done, and later upon his grandmother’s arrival at the scene, fatally shot himself in the head. 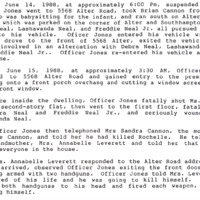 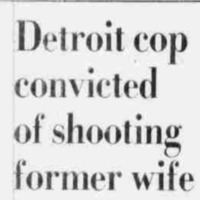 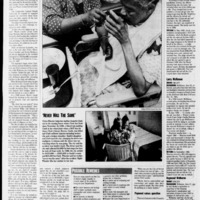 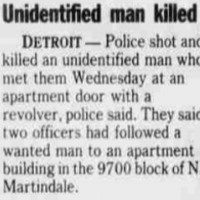 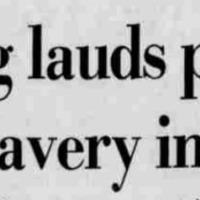 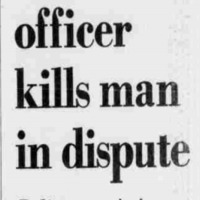