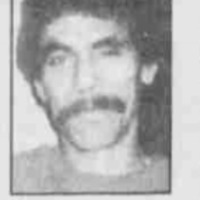 Jose Iturralde was a 44 year old Cuban-American who Lived in the Southwest Detroit area. On April 28, 1993 Jose Iturralde was stopped near West Vernor and Morrell around 11:30 pm, by two plainclothes cops, Ira Todd badge 4938 and Rico Hardy badge 3505. They were called on to investigate shots being fired in the vicinity. Reports say that the cops and Iturralde had an altercation,  which turned into police drawing their firearms.  Police believed that Iturralde held a gun, which triggered them to shoot several times and kill an unarmed innocent man.   Iturralde’s case is distinctly different than any of the previous cases we have encountered while going through newspaper, libraries, archivals. One reason being was the he was a Latino male and the cops who shot him were both African-American. His case was mostly recognized in the Southwest Detroit area and was merely talked about outside of the area. Reports say that Iturralde’s lack of the English is what also promoted him to get killed. This also supported the fact that there weren’t many Hispanic Officers in the force, especially in the fourth precinct. This came days after the two officers of the Malice Green case were convicted for killing an unarmed man. 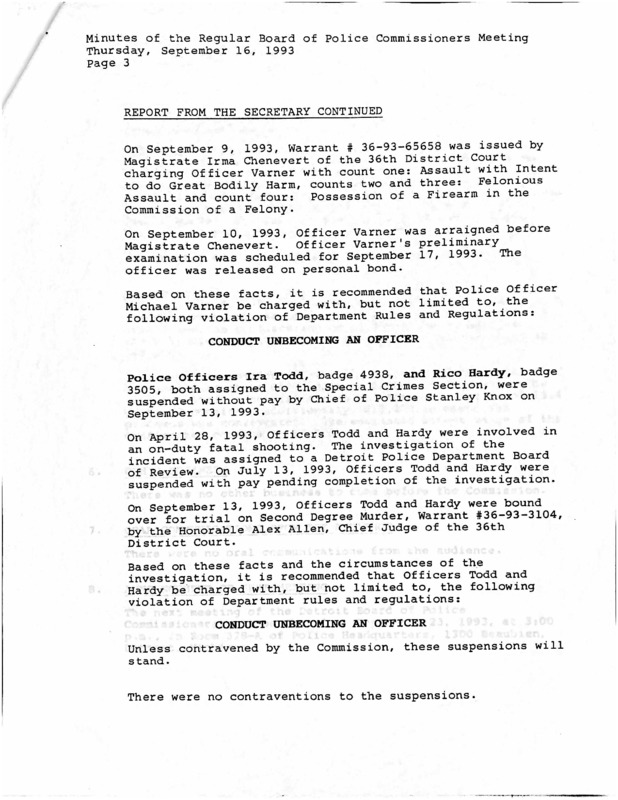 Officer’s Ira Todd age 35 and Rico Hardy age 34 are part of a special crimes section, which handles gang-related crime in precinct four. Both officers were suspended without pay on July 13, 1993, for fatally shooting Jose Iturralde who was unarmed. However, they would have to stand trial on one count each of second-degree murder in the death of Jose Iturralde. One of the cases that Deputy Wayne County Prosecutor Robert Agacinski had brought out to light is that the officers stopped Iturralde on a street for no reason. They allegedly did not identify themselves as police officers before pushing Iturralde against a wall. There were also some questions brought up about Iturralde not speaking English. Months later on September 13, 1993 Officers Todd and Hardy were bound for trial on second degree murder. A Warrant was sent out for their arrest.

Article’s were written throughout the months of the trial occurring. Most backing the possession of officers Todd and Hardy for shooting Iturralde. In the newspaper on the right(address) the article seems to address Jose Iturraldes life style commenting phrases like “An employee as a Salvation Army shelter at 14th and Michigan said Iturralde had been living there under the name of Jose Valdez, but was kicked out after a week for violating curfew and getting drunk.”. 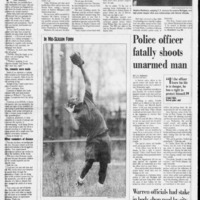 Reports say that officers had been exonerated by a police review board before, however, Chief James Bannon called on it being false. Yet, no one is sure who is telling the truth. Inspector Benny Napoleon who is uncharge of the two officers did not know what their duties were that night. This brings up questions, what were they really doing in the area?

What happened to the community outcry?

Jose’s case is the only known case our group could find pertaining a certain individual experiencing police brutality being a Latino residents in Detroit from 1990 to 1993. Which is a question itself. However, to answer that question we need to first answer why Iturralde’s case did not get as much attention as Malice Green’s case? Both case’s are clear examples of police violence against an unarmed man. Where both police reports accuse Green and Iturralde of carrying a weapon at the time of their deaths. Yet, they were both innocent citizens being falsely accused, do to their appearance. We chose to go in depth for Green’s case due to the amount of data, documents, news articles we gathered. We choose Jose Iturralde because of the amounts of news articles on him and his identity being Latino. What distinguishes them both are the amounts of community support Malice Green got. If you refer back to the INFOUC page on Malice Green we showcased documents in which community members write directly to Mayor Young, Chief of Police. For Iturralde’s case we only really know that he had community support from Southwest Detroit residents because names and organizations mentioned. For example an attorney, Larry Alcantar with the Detroit Latino Agenda and Coalition. However, from our research and digging at libraries, archival, we weren’t able to find one single letter or document pertaining to Jose Iturralde’s Case. This brings up a question, where did all these documents go? A case this big couldn’t have just been covered by the news. One speculation that our team holds is that these documents might have been thrown away due to them being in another language, or them having no relevance for them at the time. We did run into some trouble when looking at the ……. Collection as we came to found out an enormous amounts of documents were thrown away.