"The real reason that police avoid domestic-violence situations to the greatest possible extent is because we do not know how to cope with them." - DPD Deputy Police Chief James Bannon, c. 1978 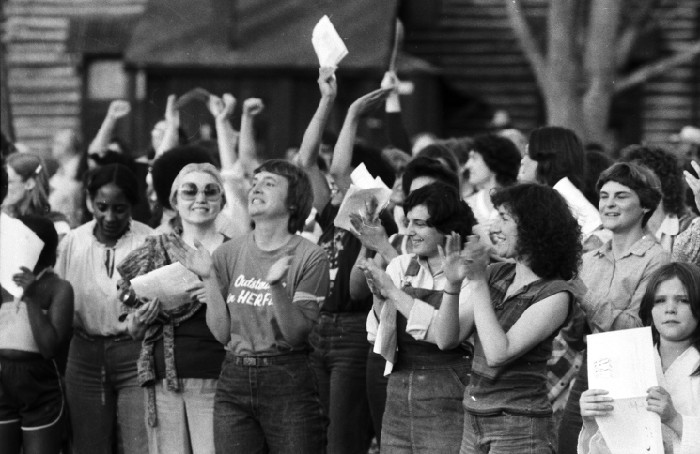 Take Back the Night Rally in Detroit, 1980

During the late 1960s and 1970s, feminists led the movement for domestic violence and sexual assault reforms. The public began to understand domestic violence, rape, and other forms of gendered violence as reflections of larger social patterns and patriarchal attitudes, rather than merely private matters. These sexist beliefs pervaded the criminal legal system, leaving female victims with few, if any, options for recourse. Beyond bringing awareness to patterns of intimate partner violence, feminists opened the first shelters for battered women fleeing their abusers. Advocates pushed for “aggressive police involvement” and prosecution of domestic violence, as well as increased access for victims to civil protection orders against their abusers.

Sociologist Diana Warshay consulted with the Detroit Police Department (DPD) to research and develop trainings to improve police responsiveness to “domestic crisis” calls. Warshay was the coordinator of the Detroit Police Department's Social Conflict Task Force from 1978 to 1979. She was also a co-founder of the Tri-County Coalition Against Domestic Violence and played a major role in the legitimization of domestic violence cases in Michigan.

The SCTF was an ad hoc task force established by the Detroit City Council in 1974 to develop curriculum recommendations and proposals to train DPD officers in responding to social conflict situations. The SCTF was also asked to develop effective mechanisms for referrals to existing resources for emergency and counseling services.

Warshay’s efforts brought real systemic change to the DPD. In 1978, the Detroit City Council approved a grant to fund Crisis Intervention Training for all patrol and investigative personnel. The training centered around female victims with the goal of facilitating “the utilization of the criminal justice remedies” available to abused women at the time, and modifying officer behavior so that they were fulfilling their responsibilities when responding to a domestic violence complaint. Along with training officers, the Social Conflict Task Force (SCTF) sought to amend the DPD’s arrest procedures. In one such proposal, the SCTF urged police to treat perpetrators of domestic abuse as any other suspected criminal. 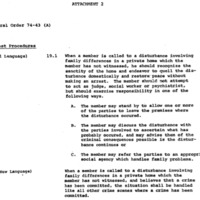 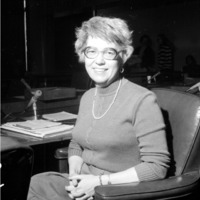 Social worker Maryann Mahaffey, elected to the Detroit City Council in 1974, was a staunch advocate for women’s rights and social welfare during her 32 years of public service. Mahaffey was involved with filing an unprecedented lawsuit that established a woman’s right to run for officer using her birth name, opening the doors of the Detroit Athletic Club to women, and enacting an ordinance prohibiting the sexual harassment of city employees. The councilwoman also enacted several policies protecting vulnerable people like the homeless, children, homeowners threatened with eviction, and seniors. Additionally, Councilwoman Mahaffey led efforts to raise awareness of the fact that Detroit’s high crime rate was not driven by gang-related crime or stranger murders, but rather by social conflict and domestic violence. Consequently, she received many of the complaints about the police’s handling of social conflict crimes, and brought these issues to light to Mayor Coleman Young. 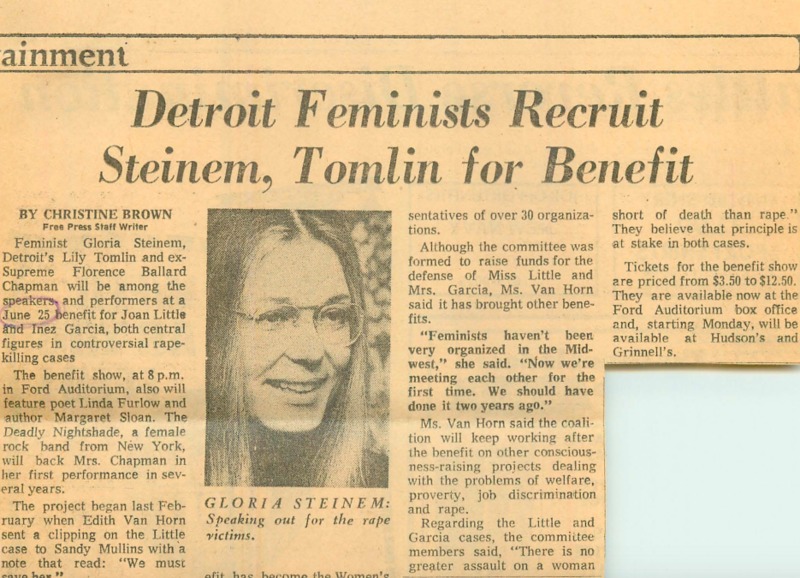 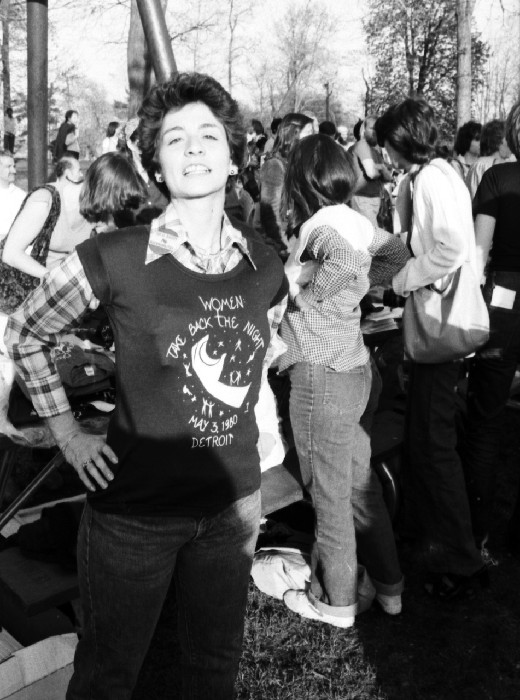 Take Back the Night Rally in Detoit, 1980