The First of the Indictments

In 1982, 40 affilliates with YBI were indicted in the first federal crackdown on YBI. 32 individuals were later convicted and sentenced for various drug charges throughout the following years. The indictment said that YBI leaders used youth as runners to distribute the drugs and amassed millions of dollars in profits in the late 70s and early 80s. In additon to gang members, the former deputy Wayne County Sheriff Henry Duval was also indicted on racketeering charges  of embezzling $2,000 in bail money deposited in the Wayne County Jail. Retired Highland Park police officer, Ralph Jackson, was charged with racketeering and filing false income tax returns. 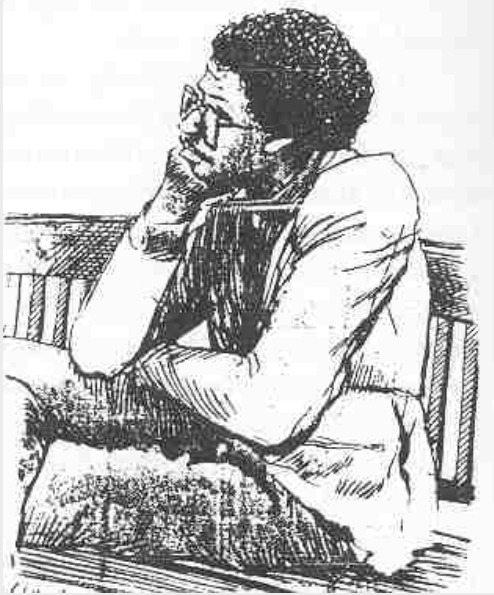 A sketch of Sylvester 'Seal' Murray during his trial in Detroit, MI.

Murray was the largest, black heroine dealer in Michigan and one of the biggest in the midwest. He supplied drugs to YBI and in 1983, the Detroit Police Department and the Drug Enforcement Agency seized many of Sylvester "Seal" Murray's properties. Murray was a prominent supplier of heroin to the Y.B.I drug operation, and was congenially referred to as "S Man" by Butch Jones. Murray was also the owner of a car dealership and provided a significant number of the famed fleet of 16 Y.B.I Chevrolet Corvettes.

Murray, the initial target for the YBI federal indictments, was found by the Detroit Police Department, Drug Enforcement Agency, Internal Revenue Service and the Michigan State Police through a combination of infromants, undercover activity, financial and transactional investigation and electronic surveilence. As a result of this surveilence, 41 individuals were linked and indicted for "narcotic related offences" and nearly 2 million dollars in cash and jewlry was discovered.

Even though a large numbers of YBI members were indicted in 1982, Butch Jones continued to run the organization from prison in Texas. This was largely done by Portia Jones, Butch Jones's wife, while she transitioned out of prison back into life in Detroit. Officers from the Troy Police Department discovered that activity was continuing when they obtained a search warrant for Portia Jones's house in Troy over homicides that had occurred. Portia was allegedly involved with the continuing operations of YBI and three killings, according to the indictments. When performing a search of the house, officers found supportive evidence that YBI had continued its activity, and following, they engaged with the local federal law enforcment to restart the investigation into YBI's activities. While serving a prison sentence, Jones was indicted again in 1986 for his continued involvement in the trafficing.

In the second wave of indictments, in 1987, 26 affilliates were indicted, notably, attorney W. Otis Culpepper who was locally known in the city of Detroit for defending drug-ring figures and murder defendants. Cuplepper' tax violations that officials say are linked to the Young Boys Inc. drug ring. Butch Jones alledgedly provided Culpepper with cash, narcotics, properties and vehicles including a 1976 Rolls Royce Silver Shadow, according to the indictments.

Nine of the affilliates named in the 1982 federal indictment of YBI were also charged in 1987. 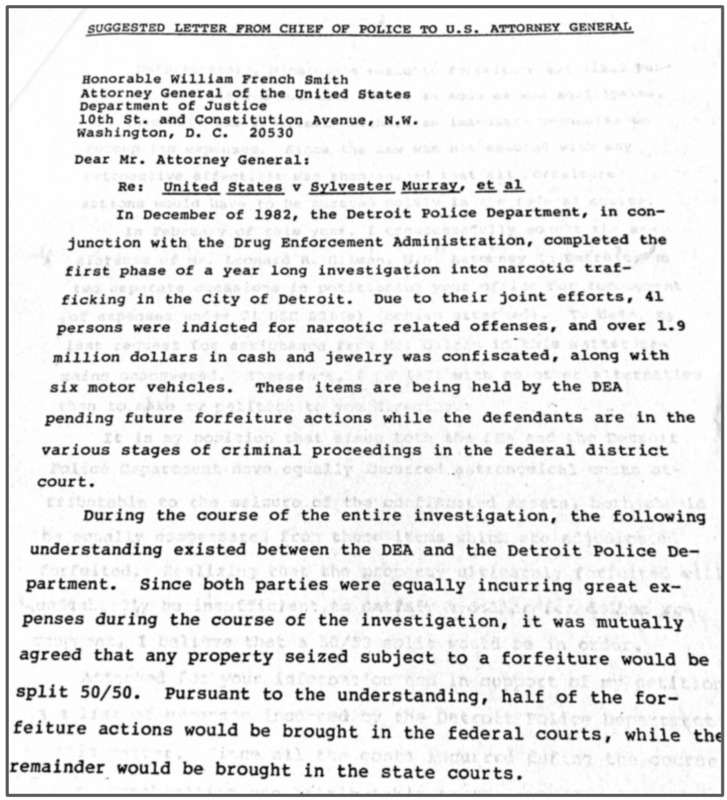 Proposed letter from the Detroit Police Chief to the U.S. Attorney General regarding the Sylvester 'Seal' Murray case.

William Green was a police officer with the Detroit police department who was shot and killed in the line of duty. Green and his partner approached a group of teenagers suspected to be engaged in illegal drug activity at 11:05 p.m. in front of the Ambassador Convalescent Center. Both Green and his partner were in plainclothes and when they approached the group to question them, Green was shot in the head. The suspect was later charged with and convicted of manslaughter.