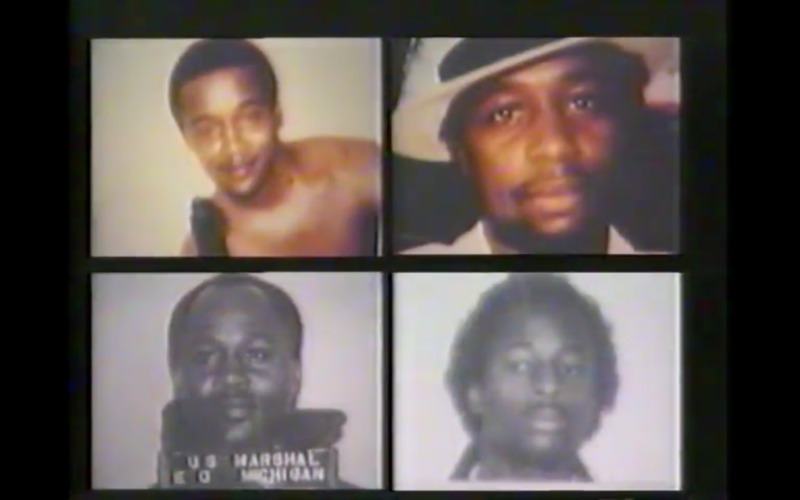 Larry, Billy Joe, Willie Lee, and Otis Chambers were four out of fourteen children born in Lee County, Arkansas, in the mid 1980s.  They grew up in a cotton farming family in a primarily Black, low-income rural community, and they were subjected to the de facto racism often found in parts of the rural South at this time.  Their options for upward economic or social mobility were vastly limited at this time by the still-prevalent color lines guarding high-ranking positions in the local firms and businesses.  It was these conditions that caused Billy Joe Chambers to leave Lee County and travel up the Delta to Detroit in search of job opportunities and a future away from farm life.

Billy Joe got pulled into the marijuana business shortly after arriving in Detroit, and had incredible success doing it — to the point that he was originally reticent to enter the crack cocaine market.  However, a family friend introduced him to the exponential returns one could make on crack sales given the highly addictive and destructive nature of the drug, and from there, he took his business into selling crack.  It wasn’t long before his brothers trickled into Detroit, some by way of recent jail sentences, others simply by traveling from Lee County in need of work like their brother; they were soon incorporated into the business, and the Chambers Brothers drug trafficking network took off.  Their reputation for violence and ruthlessness was widely known and feared — this in turn meant that they were policed with violence and ruthlessness, as policing at this time held no room for deescalation and only detainment.  The Chambers Brothers’ reputation, be it both true and mythic, allowed police to justify extreme violence as collateral damage for the purpose of the greater good and skate by with little questioning.  As discussed below, the growing sense of community involvement in getting crack off of the streets of Detroit meant that police were often called and encouraged by community members to take the drug kingpins out by any means necessary.

The Chambers Brothers models for crack sales resembled a large corporate structure, with regulations for runners as well as consumer-based initiatives such as discount coupons and "two-for-one" deals on rocks.  The Chambers Brothers became one of the largest drug gangs in the city of Detroit, and their use of young drug runners in designated apartments and houses was especially notable. In order to understand the emergence of high-volume policing in the mid- to late-1980s, understanding the infrastructure of organized gangs and the conversion of youth to low-level drug dealers is vital.

The climate in which the Chambers Brothers entered was one with a vacuum in the crack market waiting to be sealed; with the recent disbanding and incarceration of the prolific drug cartel Young Boys Incorporated, there was left space in the business upon which the brothers could capitalize.  They quickly took over various parts of low-income Detroit neighborhoods by buying up property in which their runners would make deals, and with that simultaneously exposing young, primarily Black youth to the crack business and its extreme cash payoff.

The Chambers Brothers crack ring drew national attention and outcry.  Not only did media coverage highlight the rigid structure and rules of the Chambers Brothers drug business, but the case became so high-profile that Bill Clinton took time in his nomination speech for President of the United States to address the take-down of the brothers and their associates.  The sheer mass of the Chambers Brothers gang garnered notoriety in its own right, but as well as that, the fact that the brothers pulled young boys and teenagers from as far as Arkansas to live in Chambers houses and peddle their drugs drew even more attention.  What had seemed to be a problem sequestered to Motor City, USA had spread to the rural South.

The No-Crack Crew and Policing the Chambers Brothers

Policing Detroit at the time that the Chambers Brothers emerged was beginning to shift into home-based policing along with the previously used street policing that came with mini-stations and community monitoring.  Crack was an emerging problem on the streets of Detroit, and one with which police were trying to catch up.  At the same time, mandatory minimum sentencing and harsher possession laws allowed police more discretion in monitoring and policing certain areas of the city with relative community support as they went after drug dealers.

One important contextual aspect of policing Detroit at this time is Coleman Young’s Affirmative Action hiring policy for the Detroit Police Department, which also came into effect in the mid 1970s — immediately preceding the rise of the Chambers Brothers empire.  While this itself is important to the overall racial context of the police force at this time, what is more vital about the Affirmative Action policy is the intense backlashed it faced from white officers.

The “No-Crack Crew” was a self-titled group of white police officers who had been on and prevalent in the Detroit Police Department before Coleman Young’s affirmative action policy.  They were openly and proudly racist and felt unjustly subordinated by the emergence of opportunities for Black officers in higher positions in the DPD.  Gregory Woods, a member of the No-Crack Crew, stated: “Detroit was a great city to work narcotics before blacks started being bosses … but I am a racist.  I’ll be honest, I am.  Fuck them n*****s.”

As the Chambers Brothers gained more and more power and money, the No-Crack Crew took increasingly violent and discriminatory actions to try and hunt down the source of the Chambers Network’s drug money.  They would pick up civilians that happened to live in areas tagged as Chambers Brothers territory and take them for interrogative ride-alongs, forcing them to identify houses that the Chambers were supposedly using for their business.  Reports came that tactical squads like the No-Crack Crew would pick up neighbors of houses deemed crack dens and arrest and detain them simply to gain information.  The No-Crack Crew was symptomatic of the radicalized policing that was exacerbated by the growing militarization of the DPD.  They saw the Chambers as a violent threat to the city and used that to justify increasingly violent acts toward citizens.

Community Involvment in the Fall of the Chambers Brothers 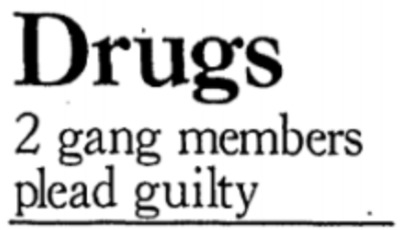 As the 1980s progressed, Detroit legislators and police officers were at a loss at getting crack off of Detroit streets.  One initiative introduced by the DPD was the “NO CRACK” helpline, wherein Detroit residents could call in to 1-800-NO-CRACK to inform police about possible crack houses or users in their area.  Operators would ask if they could help them, and then follow up with questions such as:

“Does someone live in the upstairs? Are there people going in and out all day? How are buys made? Are there cars frequently parked outside?”

Ultimately, it was a mixture of community involvement and militarized police practices that created the necessary conditions to arrest the Chambers brothers and dismantle the Chambers Brothers Drug Network. The creation of the Crack hotline and the encouragement of Detroit citizens to call in information to the DPD on possible crack dens created a coalition between some citizens and the DPD.  The question this raised was how the DPD would utilize this information — and the answer overwhelmingly involved unsanctioned raids and police violence against people suspected of drug use, possession, or distribution.  While the community-based policing of the 1970s certainly had changed with the emergence of militarized police forces, even the instances in which it did reappear during the War on Crack era were colored with military tactics, weaponization, and brutality against certain neighborhoods.

Adler, William M.  Land of Opportunity: One Family's Quest for the American Dream in the Age of Crack." The Atlantic Monthly Press.  New York, New York.